Geoengineering, Are We Playing God? 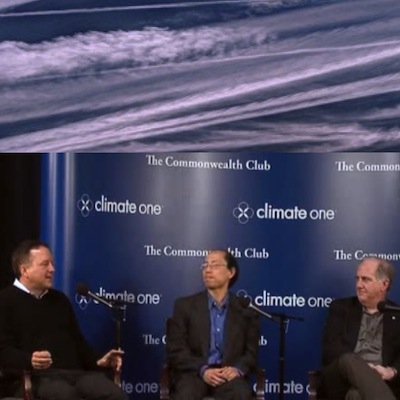 Climate engineers in general believe it is their responsibility to make decisions that radically affect the planet and populations without any input from the public whatsoever. Ken Caldeira’s demeanor in the video below is alarming, his demeanor in person is the same, I have met him. Ken has chosen the role of deceiving the public for the benefit of the global cabal of power, he has long since sold his honor. Caldeira does videos like this 4 minute clip below and then goes on other shows pretending that he knows next to nothing about climate engineering and then further insinuates that any who think geoengineering is already going on are “tin foil hat nut cases”. Soon enough, as the climate engineering becomes impossible  to hide, the public will certainly hold people like Ken Caldeira accountable as accomplices to the geoengineering crimes.
Dane Wigington,
geoengineeringwatch.org

Geoengineering: Are We Playing God? by FORAtv

26 Responses to Geoengineering, Are We Playing God?