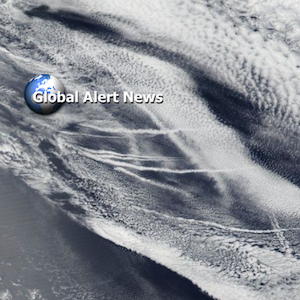 “The past was erased, the erasure was forgotten, the lie became the truth.” ~ George Orwell

Many are still questioning the origin of CV-19 in spite of the fact that the answer has long since been known. CV-19 was not a random act of Nature. All official sources and all corporate media are frantically pushing populations to get injected as soon as possible. What percentage of the population actually understands the agenda? The climate engineers have scheduled a massive surface cool-down for much of the US over the coming 7-14 days. What is the true scale of toxic elements being sprayed into our skies in order to carry out such an operation? The accelerating demise of Earth’s environments and ecosystems is still being ignored by the majority in first world nations. Forests are dying all over the world while our skies are increasingly blotted out with climate engineering elements. Can we yet expose the insanity in time to make a difference? The latest installment of Global Alert News is below.