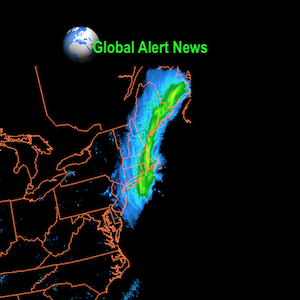 Is engineered winter weather yet again being waged on US East Coast population centers? Are the same highly toxic chemical ice nucleation surface cool-downs also the core cause of the flash freeze events in numerous other parts of the world? What is preventing the majority from even seeing the climate engineering elephant in the sky? The power structure programmed mental "gatekeeper" has long since been an extraordinarily effective tool of the controllers. This form of self enforced blindness has kept the majority of populations completely oblivious to countless blatant power structure atrocities, past and present. As imminent impact looms large on our collective near term horizon, can the mass hypnosis be broken in time to still make a difference? The latest installment of Global Alert News is below.