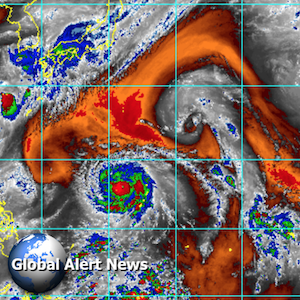 How many actually want to know the truth about climate engineering and rapidly accelerating biosphere collapse? How bad is it? The latest installment of Global Alert News is below.

Can we collectively still make a difference at this late hour? Is it already too late? How can we know unless we try? No matter what comes, it is never too late to do the right thing. It is never too late to engage oneself in the fight for the greater good because it is the right thing to do, period. Our principals and our will belong to us and us alone, they cannot be taken. All those who are awake and aware are needed to make their voices heard in this epic struggle to wake the sleeping masses and alter the current course of the human race.
DW

Geoengineering Watch wishes to express our most sincere gratitude to Maciej Kocialkowski for his tireless work toward raising awareness on the critical issue of climate engineering in Punta Gorda, Florida, on 7/4/18. Maciej has also translated GeoengineeringWatch.org flyers into Polish and personally distributed them in his homeland of Poland. 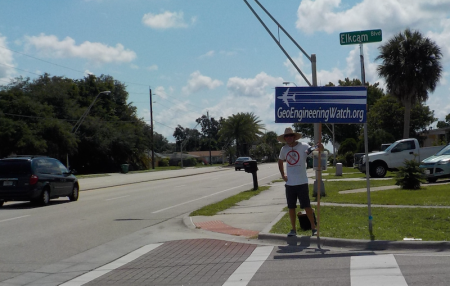 Geoenigneering Watch also wishes to express our deepest gratitude to Larry and Kathy Burns (manning the Geoengineering Watch booth shown in the photo below) for their tireless efforts in the fight to expose and halt climate engineering. 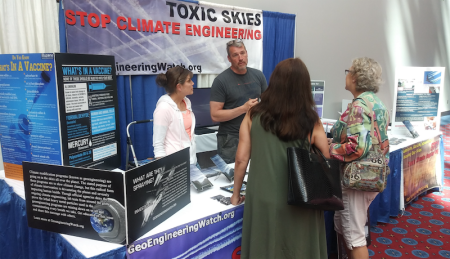