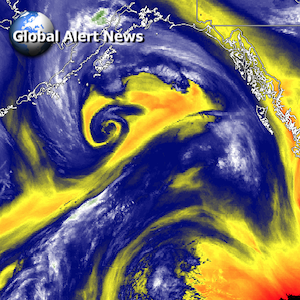 Power and profit continue to be the primary motive of so many in industrialized societies, even over the obviously essential need for a living planet. What will it take for reason to prevail in this equation? Will the increasingly draconian social media censorship successfully keep populations in the dark? Many still believe that technology will somehow magically save us from ourselves at the last possible moment. Question, how is that going so far? In the meantime, while the biosphere implosion is accelerating by the day, the military industrial complex is trying to make the case that a nuclear war is winnable. How long do we have on the current course? The latest edition of Global Alert News is below.

Priorities must change for a much larger percentage of the population if we are to have any chance of changing course. Can we still make a difference at this late hour? How can we know unless we try? We must also never forget this, the fight for the greater good matters in and of itself. Share credible data from a credible source, make your voice heard, make every day count.
DW

Our thanks to Con Pedersen for his help with sounding the alarm on the critical climate engineering issue. The newspaper ad below was placed in  the Northern Kittitas County Tribune, Kittitas County, Washington. The ad ran from 6/13/19 to 6/20/19. 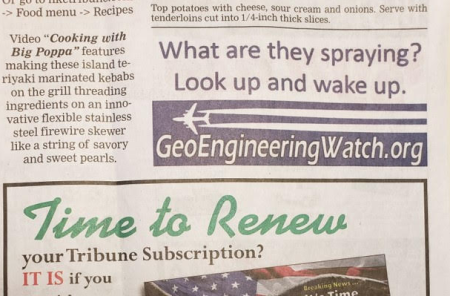 Geoengineering Watch wishes to express our most sincere gratitude to Maciej Kocialkowski for his tireless work toward raising awareness on the critical issue of climate engineering. The geoengineering awareness booth in the photos below was set up at the Charlotte County Administration Building in Port Charlotte, Florida (6/20/19). 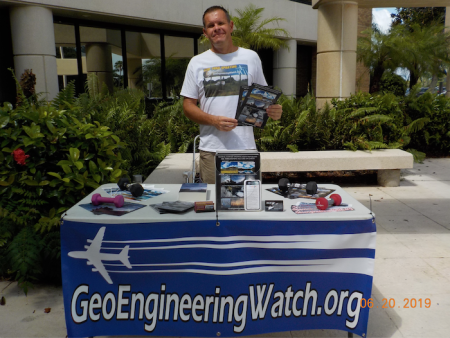 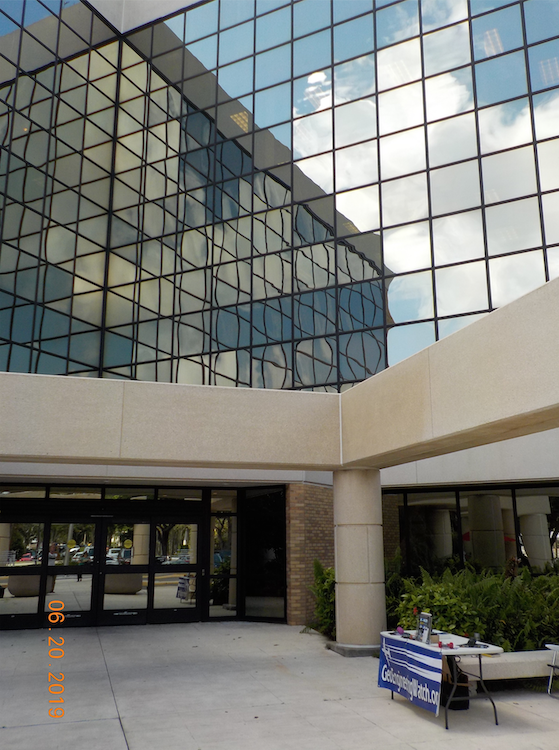