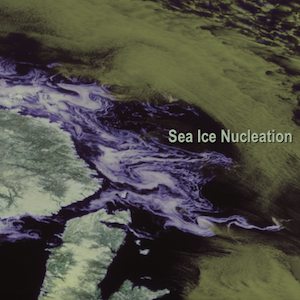 Far too many believe if they don’t see or hear about dire news from mainstream media sources, that no such news is valid. Such a notion could not be further from the truth. The corporate media weapon of mass deception is working overtime to distract, divide, confuse and conquer the public's perception of reality. The looming tidal wave of climate and biosphere collapse is being completely eclipsed from consciousness. The vast majority are focused on everything but environmental implosion, even though the unraveling of Earth’s life support systems is the core to the entire equation. The latest installment of Global Alert News is below.

Climate engineering chemical ice nucleation processes are not just used for seeding clouds, these same elements are being utilized to create / enhance polar sea ice. In the image below, chemical sea surface ice nucleation can be seen occurring in regions of the Labrador Sea. The bright white off shore swirls appear to disperse and dissipate much like a chemical spill. In fact, that is in essence what it is. Official government sanctioned ice monitoring sources consider polar sea ice extent to consist of any area of ocean that is at least 15% slush or more. By artificially / chemically nucleating the sea surface they are able to statistically mask / hide the true extent of sea ice loss in the Arctic. The paradox of sea surface ice nucleation is that it actually puts an artificial cap on the overall accumulation of ocean heat. The continuing and accelerating interference in Earth's life support systems is pushing the planet ever closer to an abrupt climate collapse scenario. 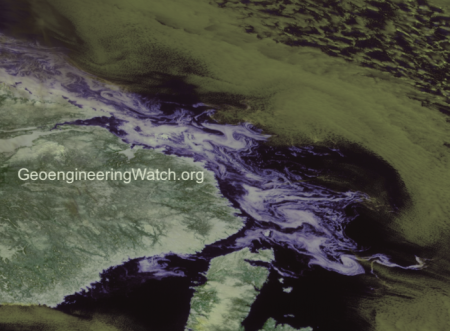 What could be more frustrating than trying to wake family and friends up who still believe skies like this are completely normal?
Shasta County, California. Photo Credit: Jovyde Wigington
Click image to enlarge 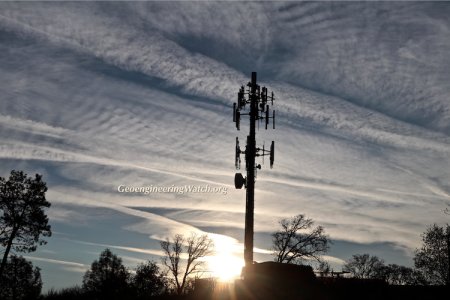 Geoengineering Watch would like to express our most sincere gratitude to Dr. Jonathan O'quinn for his ongoing efforts to raise climate engineering awareness via US postal mailings of GeoengineeringWatch.org informational materials to media and weather forecasting sources. 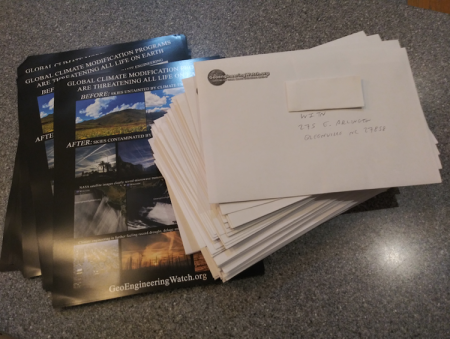 Must view, THE DIMMING, the most comprehensive climate engineering documentary:​