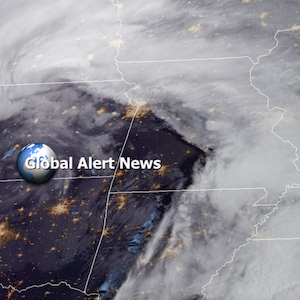 Mainstream articles about climate engineering are now frequently being published, but they are nothing more than disinformation and denial. A constant flow of disinformation is being propagated by all mainstream media sources on countless subjects as they carry out the bidding of their power structure paymasters. Ecosystems all over the world continue to collapse, global food production is falling fast. Key links in the chain of our current reality are already breaking apart and even now the majority of populations are completely asleep. Some in academia, who serve the global controllers, are being tasked with trying to convince populations that to even question official narratives is a sign of mental deficiency. Orwell’s 1984 society is here. The latest installment of Global Alert News is below.