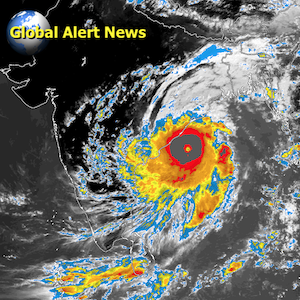 Are more now beginning to comprehend the destruction being created from industrialized militarized societies? Will a significant percentage of the population wake up in time to alter the outcome of what we will soon collectively face on the current course? Though the West Coast received adequate rain in many locations during winter, the climate engineers are now drying out the Western US at a rapid pace. Does another record wildfire season await the West Coast? What despotic US ally nation is buying US farms and water rights? What is poisoning countless aquifers across the US? Will our own government push us into global conflict as their last resort? The latest installment of Global Alert News is below.

The future that is closing in on us all won’t seem real to most, until it is. If we have any chance of altering our current course, all who are awake and aware are needed to rise to occasion. All those that are awake and aware are needed to help sound the alarm. Reaching a critical mass of awareness is the only way forward. Share credible data from a credible source, make your voice heard.
DW

A "Hacking the Planet" Film Screening and a Live Q&A  discussion was carried out at the Scottsdale Community College (Scottsdale, AZ) on Earth Day (Monday, April, 22, 2019). GeoengineeringWatch.org wishes to express our most sincere gratitude to the Sustainability Action Council, for hosting this event. 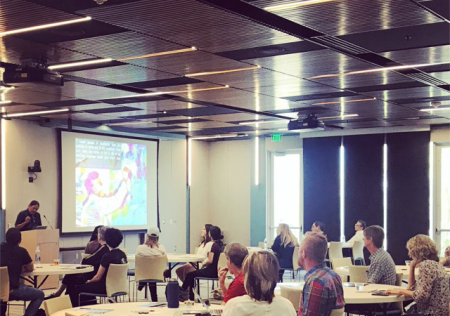 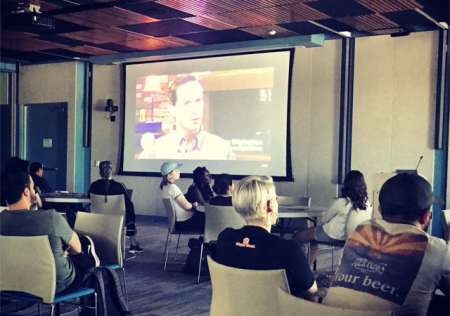 GeoengineeringWatch.org wishes to thank Ben Cehic and other activists for hosting a Geoengineering Watch booth on Earth Day in Springfield, Illinois, at the Old State capitol building (4/22/19). 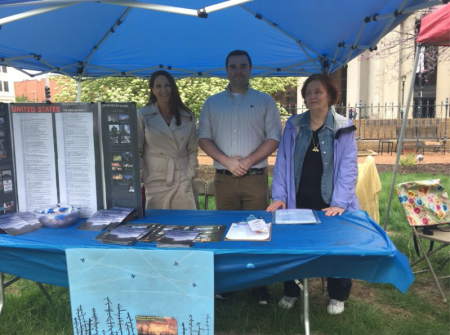 Our most sincere thanks to Irene and Christina Parousis for trying to raise climate engineering awareness with other activists on Earth Day, in Toronto, Ontario, Canada (4/22/19). 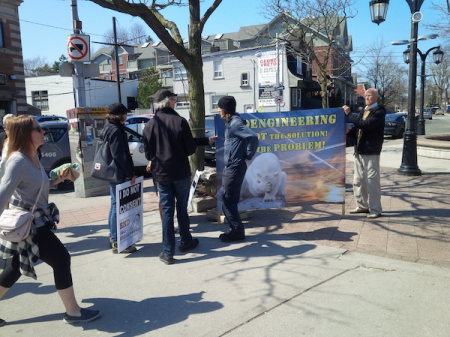 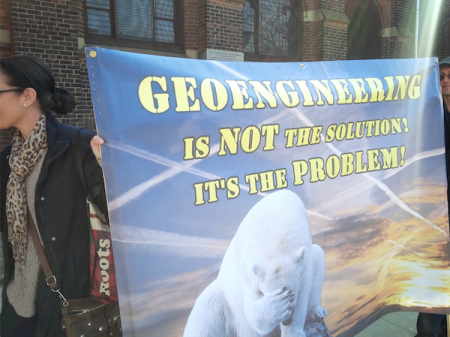 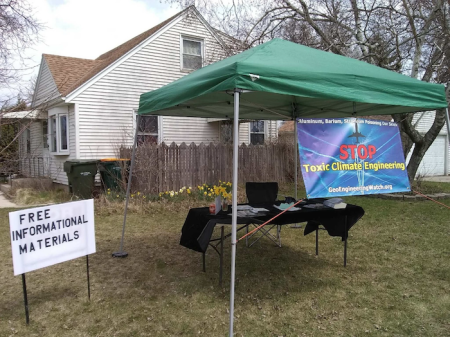 Geoengineering Watch wishes to express our most sincere gratitude to Maciej Kocialkowski for his tireless work toward raising awareness on the critical issue of climate engineering. The geoengineering awareness booth in the photos below was set up at the Mid County Library in Port Charlotte, Florida (4/27/19). Maciej has also translated GeoengineeringWatch.org flyers into Polish and personally distributed them in his homeland of Poland. 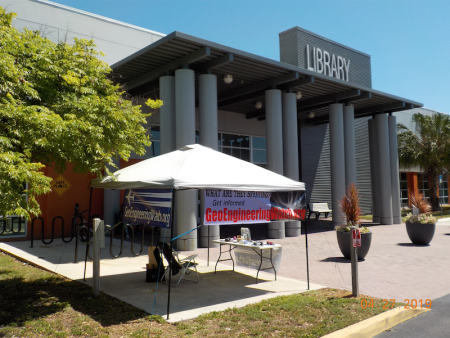 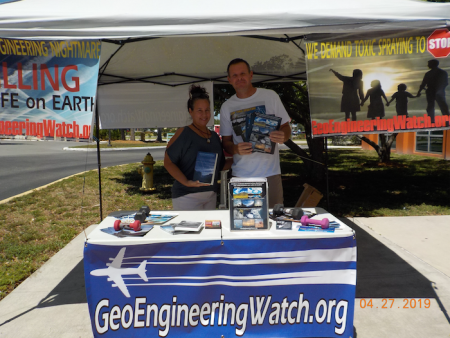 This week's GeoengineeringWatch.org outreach booth is at the Scottish Rite center, Sacramento, California, and is shown below. My most sincere and continuing gratitude to the Gem Faire exhibition organizers for facilitating and setting up this very effective booth in every week's Gem Faire location. The schedule for upcoming Gem Faire events is HERE. A geoengineeringwatch.org booth will be at all events, thanks to the steadfast support of Gem Faire. 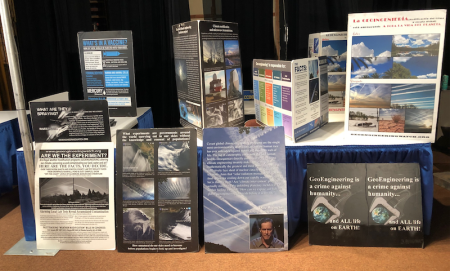 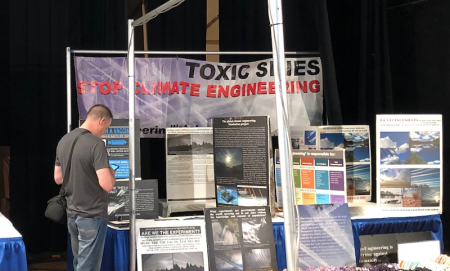