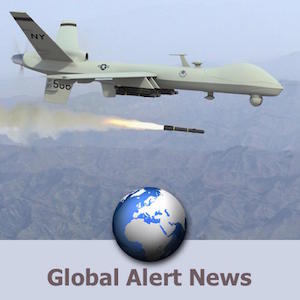 The US Department of Homeland "Security" has purchased BILLIONS of bullets in the last few years. Much or all of this ammunition was "hollow point" rounds (illegal under international law even under warfare conditions). In 2010 the US Census Bureau went to the unprecedented effort to record the GPS location of every single residence in the country, why? In recent years drone bases are being actively and aggressively set up across the country. If you don't find this chain of factors alarming, then it is time to wake up. Countless factors which hold the current paradigm together are fraying apart, this leaves the reality we have all known hanging by various threads. While the mainstream media continues to spew out a constant stream of idiocy, the world is unraveling. Could the ongoing atmospheric spraying be the final lynch pin for us all? What haven't you been told?
Dane Wigington
geoengineeringwatch.org