GeoengineeringWatch.org interview: Architects And Engineers For 9/11 Truth CEO Speaks Out 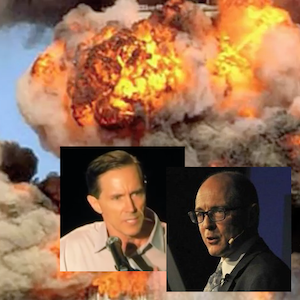 The events of 9/11 inarguably changed the course of the world. This horrific attack galvanized populations into blindly supporting western military aggression abroad. But who was actually behind the attacks? Who benefited? The verifiable evidence is beyond shocking. The 9/11 false flag event gave the western military industrial complex the license it needed to fully release its fury on resource rich countries in the Middle East. Below is a new exclusive interview with Architects and Engineers For 9/11 Truth CEO, Richard Gage.

When will the US population find the courage to face the truth about the events of 9/11? When will a sense of justifiable outrage be triggered? What will it take for those actually responsible to be brought to justice?
DW

37 Responses to GeoengineeringWatch.org interview: Architects And Engineers For 9/11 Truth CEO Speaks Out