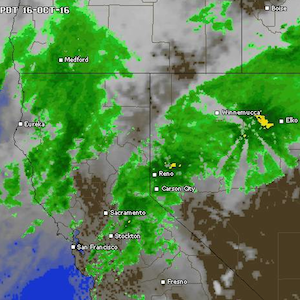 Hiding the severity and immediacy of countless converging catastrophes from populations (until the last possible moment) remains a top priority for the global power structure. The NOAA "departure from normal high temperatures" map below covers the period from October 16th through the 20th. NOAA modeling is done by private defense/geoengineering contractor, Raytheon, thus their "forecasts" amount to the scheduled weather. Every color tier reflects a 2-3 degree "departure from normal" to the high side or low side, depending on the color hue. If the profound imbalance of temperatures shown in this map does not alarm you, it should. While record high temperatures are being set throughout much of the country (and the world as a whole), the US West Coast and parts of Alaska are temporarily (and toxically) cooled off by a massive plume of moisture (snow is even falling in the Western US). Atmospheric aerosol spraying (including chemical ice nucleation elements) are being dispersed by jet aircraft as the ongoing climate engineering operations further derail Earth's weather and life support systems. 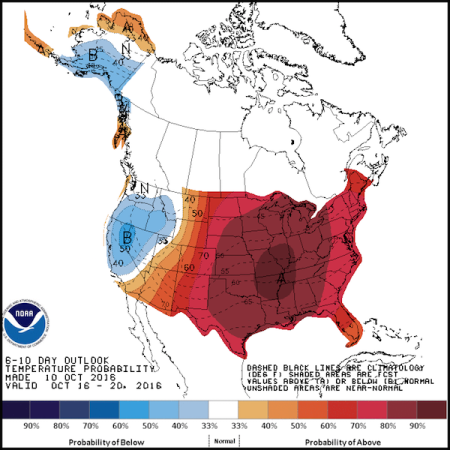 Record setting high, summer like, temperatures will continue into the week for much of the US. 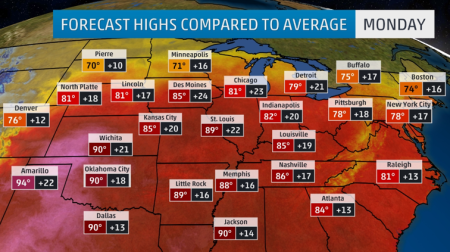 At the same time that record high temperatures being set in so much of the US, snow is miraculously falling in other parts of the lower 48 states. Snow is occurring (due to chemical ice nucleating elements) in some locations in spite of above freezing temperatures and in spite of warmer flows of moisture off of the record warm Pacific Ocean. Snow (shown in blue on the map below) is cleary showing up across the Western US. 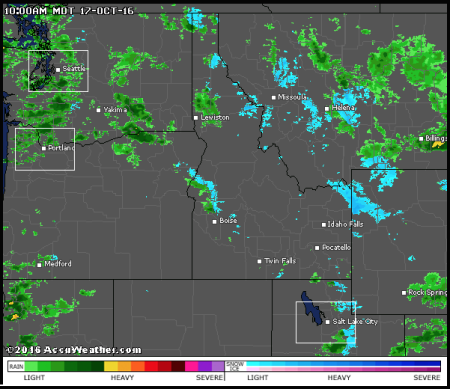 As the climate engineers continue to force the climate system to ever greater extremes of temperature imbalances, the biosphere's ability to cope is rapidly breaking down. In addition to the temperature extremes, there is the issue of the highly toxic geoengineering/solar radiation management fallout that is contaminating the entire surface of the planet and every breath we take. The "departure from normal high temperature" map below reflects variances from "normal" temperatures in degrees Fahrenheit. These imbalances are already far beyond extreme and growing worse rapidly. 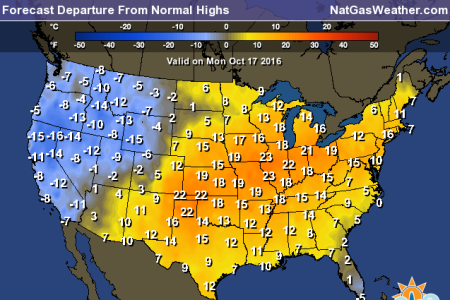 As the moisture flows in from the coast, the air masses below it are cooled by the aerosol/ice nucleating dispersions already mentioned (chemical ice nucleated events are occuring all over the globe). The same aerosols (which are manipulated with radio frequency transmissions) have the effect of scattering the moisture into vast expanses of largely rainless cloud cover. This is the stated goal of solar radiation management (SRM). The sun blocking aerosolized clouds, of course, also trap heat (in addition to countless other negative effects) which further fuels the overall planetary meltdown.  The planet is already warming at a "runaway" pace with nightime low temperatures rising even faster than daytime highs. The brighter the white of the cloud cover shown in the combination satellite radar image shown below, the more aerosolized the cloud cover is. 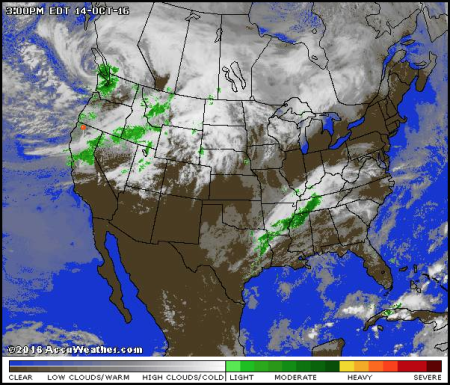 The constant aerosol saturation of the moisture flows, as they approach from the west, continues to rob desperately needed rain from California. The US Drought Monitor map below does not begin to reflect the true severity of the drought and the decimation it is causing. 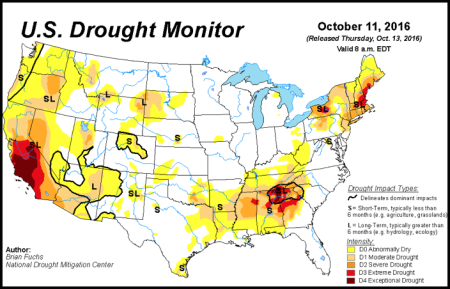 Why are National Weather Service and NOAA employees completely completely mute on the subject of climate engineering? Illegal federal gag orders have ensured their silence. Global climate engineering is weather warfare, and biological warfare, nothing less. Geoengineering is not mitigating the overall planetary warming, it is actually fueling it. In their increasingly desperate attempt to mask the unfolding climate crisis from the public, the climate engineers are tearing Earth's life support systems apart. Our battle for survival is here, and now. Help us with the critical battle to sound the alarm, every day counts.
DW