“Look Up”, A Doctor’s Plea To Awaken The Masses To Geoengineering 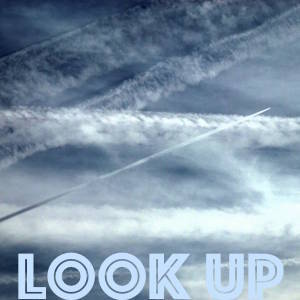 Thankfully members of the medical community are now throwing their weight behind the effort to expose and halt climate engineering. Dr. Billy DeMoss, D.C., has given a great deal of his time and energy to raise awareness on critical issues for the good of the whole. Dr. DeMoss is marching with us in the battle to expose and halt climate engineering, thankfully he clearly recognizes the gravity and immediacy of the threat the ongoing atmospheric spraying poses to each and every breath we take. He has made exposing the spraying a priority issue. Billy was the organizer for the "California Jam" event which brought together doctors and concerned citizens from around the globe. I feel fortunate to call Billy my friend and fortunate to march with him in the fight to awaken the masses to the climate engineering assault. In the 3 minute video below Dr. DeMoss speaks to the Cal Jam audience about the critical geoengineering issue as he introduces the presentation on the subject.
Dane Wigington
geoengineeringwatch.org

19 Responses to “Look Up”, A Doctor’s Plea To Awaken The Masses To Geoengineering