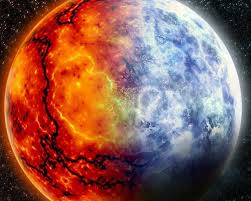 At the bottom of this post, there are several good examples of tall microwave towers , and RADAR stations HEATING THE SKY above the transmitters…. melting snow high in the atmosphere… inducing storms….. even vaporizing  / mitigating storms.

These transmission systems are on 24/7/365… not counting the thousands of other HF, VHF, and UHF facilities around the world.

I propose that indeed, as we all know already, microwaves cause heating…obviously, this is a proved fact.

If one puts out high power microwave transmissions (HF, and VHF pulses as well)….. these are proved to cause heating up to 3000C / 5500F temperatures when targeted.

Now imagine a million more NON-targeted systems…. heating still occurring, only instead of being targeted at a single spot, heating  occurring in all directions from the transmitter at a lower heating level due to the larger area of the whole transmission radius as opposed to a targeted area a few hundred km wide.

Want to talk ‘climate change’, and man made (anthropogenic) warming?

If we’re going to talk about odd weather patterns, and ‘heating’… then we must address the thing which very few scientists even know exists…. radio frequency heating of the atmosphere.

2ghz microwave in your kitchen, 2ghz mobile phone in your pocket, 2ghz WiFi in your house, 2ghz RADAR in your city.

To put these systems heating capability in perspective. How long does it take your kitchen microwave to heat up water? Using 2ghz @ just 1000watts? Maybe 1 minute at the most.

One must also consider the combined resonance having a ‘scalar’ effect, energy at a distance from the transmitter when intersecting other similar signals. Plasma heating where the waves interact, thus a 750,000 watt pulse from RADAR could indeed cause a scalar with an adjacent RADAR station, causing unintentional 5500F temperature heating , acting just like a TARGETED pulse would!

Usually 2-3 high power microwave RADARs per state in the US,  hundreds of 2ghz microwave towers also in the 100,000+ watt range, 10′s of thousands of 1-2ghz mobile towers anywhere between 10,000 to 50,000watts. The aforementioned is not counting OTHER systems around the world like satellite, TDWR RADAR, military, AMISR, or places like EISCAT, SPEAR, HAARP, MERIDIAN, SURA, MU, COBRA DANE locations, etc. Let’s not forget private industry, or other countries unknown locations.

The ‘man made’ part of global climate change is true. Yes, of course pollution plays a role in long term climate change…… but…….. short term rapid increase, with no solar culprit, means the CURRENT rise since the 70′s could possibly be being induced heating via RF (radio frequency)

Its at least a possibility worth considering.

How does radio frequency induce plasma, and heating? (here is a series which explains the process of artificial electron precipitation / ion generation)