Was HAARP A Factor In The Fukushima Earthquake? 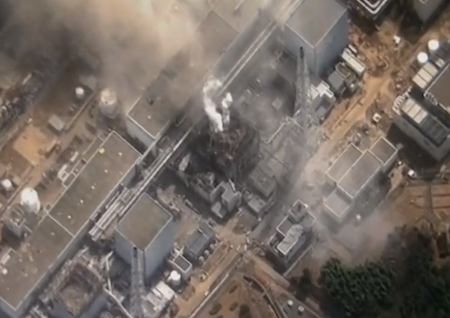 Share2.8K
Tweet
+1
Share
Pin6
2.8K Shares
Compelling evidence exists in regard to the potential use of the global ionosphere heater installations to trigger the devastating Japanese earthquake of 2011. For many, the notion that this kind of power is even possible is beyond what they are willing to believe. Having done substantial research on this issue myself, I would caution against a face value rejection of the potential ionosphere heater involvement in the quake as available data makes clear it's entirely possible if not completely likely. Transmitting 3,500,000,000 watts of ELF power into the planet in a sysmically sensitive zone can have catastrophic effects, available science makes this clear for those that are willing to do the research. Even internationally recognized institution like MIT and their publication "Technology Review" has acknowledged unexplainable atmospheric anomalies right above the quake epicenter just prior to the quake. All of us must challenge our perception of reality when there is compelling enough data to justify it. I wish to mention the following occurrence just for the record. I am certainly not saying this occurrence proves anything, I am simply saying it is a fact, it happened.  I was called by an individual living at sea level on the California coast on Tuesday, March 8, 2011. This person asked me if I was aware of any predicted tsunami in the coming days that could affect her. She stated that she had a call from a relative in US Army intelligence that told her to be away from the coast on Friday (March 11, 2011) as she could be in danger. She knew I was involved with research relating to global climate modification which included the global ionosphere heater facilities. She also knew a bit about the potential for these facilities to trigger seismic activity. All this being said, I did not consider her question a concern, I have heard a lot of things from a lot of people. I was completely shocked to wake up Friday morning, March 11 and find out about the Japanese quake and the tsunami warning for the California coast. I will end with this, the military industrial complex is clearly totally out of control and putting all life on Earth at risk. We must all hold off on coming to conclusions on anything until we have actually examined the facts. If the facts dictate challenging and radical conclusions, we must be willing to look with open eyes.
Dane Wigington
geoengineeringwatch.org

13 Responses to Was HAARP A Factor In The Fukushima Earthquake?