Alzheimer’s Association Refuses To Allow GeoEngineeringWatch.org To Sponsor Their Event 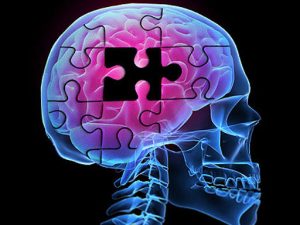 The “Alzheimer’s Association” has recently refused to allow geongineeringwatch.org to sponsor their fundraising event scheduled in Northern California for October 18, 2014. I tried to support their cause by purchasing an information booth for the standard $500 dollar donation they ask of all sponsors, but in my case they refused to allow this donation. Thus, the “Alzheimer’s association” has tried to block our efforts to raise awareness of the primary source of aluminum contamination in the overall environment. Even more astounding, the “Alzheimer’s Association” flatly denies any link between aluminum and Alzheimer’s disease.

My message to Suzanne Watroba of the Alzheimer’s Association is below.

Hello Suzanne,
Our group has one goal, to expose the ongoing climate engineering known as “solar radiation management” (SRM) and “stratospheric aerosol geoengineering” (SAG). A primary element used in the climate engineering programs is aluminum. We have done about 70 lab tests of precipitation in Northern California over the last ten years, aluminum has shown up in very significant amounts in all tests. Our goal is to force disclosure of the climate engineering issue to the general population as the mounting human health effects of the toxic heavy metal exposure due to the climate engineering fall out are now exponential. Aluminum exposure has been cited in peer reviewed research to be connected with Alzheimer’s and autism. Our web site and our organization does not sell anything, we only spend our own funds in the attempt to educate the population about what is happening in our skies and the health effects that are connected to it.
Sincerely
Dane Wigington
geoengineeringwatch.org
On Oct 8, 2014

THE OFFICIAL RESPONSE FROM THE ALZHEIMER’S ASSOCIATION

Thank you for your email.  I forwarded it to my corporate office, and my supervisor believes your company does not fit our sponsorship guidelines.  The Alzheimer’s Association does not support the claim that aluminum causes Alzheimer’s disease, and therefore we feel that your participation in our event would not be an appropriate match for our constituents.  I apologize for any confusion this may have caused, and appreciate you reaching out to us.

WHAT ARE THEY HIDING?

Geoengineers discussing the spraying of aluminum into the atmosphere
https://www.geoengineeringwatch.org/geoengineer-david-keith-using-aluminum-over-10-megatons-per-year-instead-of-sulfur/

A FEW QUOTES FROM  ALZHEIMER’S STUDIES ARE BELOW, LINKS FOR THESE STUDIES AND OTHERS ARE AT THE BOTTOM

“It can no longer be argued that aluminum does not have a role in neurodegenerative diseases like Alzheimer’s—the evidence is very clear and growing. It really should not be surprising that people with aluminum toxicity display many of the same symptoms as those with dementia, Parkinson’s, ADHD, autism, and other neurological diseases, because aluminum targets exactly these areas of your brain and nervous system”.

“Aluminum is found in higher concentrations in the brains of Alzheimer’s patients (Journal of Alzheimer’s Disease online, Vol. 35, No. 1, 2013). There is growing concern that aluminum is involved in the development of this devastating condition (Clinical Biochemistry, January 2013).”

GEOENGINEERING IS SATURATING THE ATMOSPHERE WITH MEGATONS OF ALUMINUM NANO PARTICULATES
http://www.proliberty.com/observer/20100306.htm
geoengineeringwatch.org

47 Responses to Alzheimer’s Association Refuses To Allow GeoEngineeringWatch.org To Sponsor Their Event