Geoengineering, The Ultimate Weapon In The Toxic War On Humanity And Mother Earth. How To Protect Yourself In This Escalating Battle 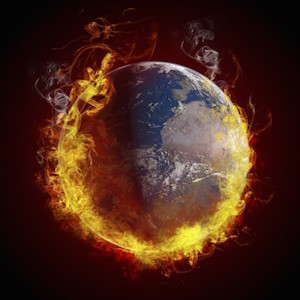 The irreversible awaking of humanity on the fact that we are under attack by the psychopaths in power is exponentially ongoing. More and more people are waking up, and are experiencing the reality of the fact that we are at war and under a vicious multi layered attack. The realization of this undeniable fact is a crucial element in our fight to save the future of humanity and the planet itself. Millions of people are realizing the implications and devastating effects of the geo engineering, climate engineering and weather modification programs. The enormous amount of information that is available on the dynamics and mechanisms of these programs and how they work in conjunction with each other is boosting the general awareness in an unprecedented way. Now it is time to make the next steps in order to fuel the reversing momentum. The toxic multi level assaults on our health make us weak and powerless and that’s exactly one of its goals. Epidemics of all kinds of diseases and health problems are exploding, while this information is mostly ignored or falsified in the corporate owned mainstream media. However, factual information on the reality of this ultimate health crisis is widely available on the Internet for anyone who does proper research. But those who are awake don’t have to look much further than their immediate vicinity to realize that there is something seriously wrong on the matter of health. In this crucial phase of the war against humanity we should strengthen ourselves on a physical and psychological level, and the good thing is; there are ways to protect you against the intensifying attacks by the maniacs that are loosing their power.

Awakening of the inner warrior 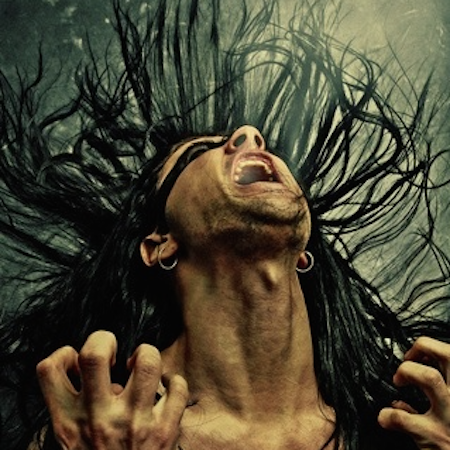 A very essential and powerful step in your protection against the ongoing attacks to your health and life is the realization that you are under attack. You have to realize and accept the fact that you are part of a relentless “silent’ war, and the increasing attacks you are experiencing are part of a well planned agenda designed by psychopaths. It is a war against you, your loved ones and the planet you live on. Once you can see this, your instinctive reaction on this reality will trigger your sleeping inner warrior. And because of that you’re back in business, regardless of the situation you’re in. At this point you have to make the crucial decision; do I stay a victim, a passive bystander or will I be the fearless active warrior. When the realization that you are under attack sets in, your fight flight mechanism will trigger all kind of powerful biochemical responses that will serve to protect you on a physical level against the enemy. It does not matter what enemy we are facing, your ancient fight/flight instincts will wake up the inner warrior. And the warrior in you will come up with strategies in your battles.

You can stop digging in your past at your therapist or psychiatrist because most of the health problems you are experiencing are the result of the ever increasing exposure to the multilevel toxic attack, and have nothing to do with personal inflicted stress. The highly damaging effects on a physical and psychological level as a result of the structural exposure to the ongoing slow killing programs like Geo engineering, EMF radiation, GMO’s and processed foods are the real source of the escalating health crisis. The message to yourself should not be “I am NOT ok , I have all kinds of health problems” but “I am 100% OK and perfect, my body is only reacting on vicious attacks from all directions”. This strong core understanding that you are 100% OK will have a profound effect on a cellular level and will protect you in your life in the toxic microwave. The realization that you are OK will reduce the resonating tendency of your cellular system on foreign unnatural EMF intruders. It will also reduce the FFR (frequency following response) in the brain. With this liberating perspective your actions will not be any longer focused inside or in your past for healing or solutions. You will change the dynamics of your actions 180 degrees. You’re no longer a powerless victim in fear but a fully aware fearless warrior willing to take any action that is needed to survive. As stated before you are back in business. From here it is you who decide what the next action will be. And the only right decision you can make if you are awake is to get involved with intelligent and powerful action. NOW. You will forget your own story and your irrelevant personal problems and goals, when you understand what we are facing. I will speak more in depth about this powerful element of protection during my coming tour in Europe. And also on different ways to detoxify your body and mind.

Preparing for the mother of all false flag attacks

The Kardashianation of Vladimir Putin in the alternative media is feeding the distraction of society in a highly effective way. The passive obsession with the actions of this noble oligarch in the Middle East, perfectly serves the worn out geo political script. While we are being distracted by the staged geo political chaos with all the insane wars and crisis, the geo engineering architects are paving the way for the mother of all false flag attacks. Despite the fact that a lot of people are waking up, most people are not familiar with the concept of false flag attacks. They are still in the doomed mindset of accepting the idea that we are continuously attacked and under threat by an enemy their elected officials and media presents to them.

While the conditioning of the minds of the masses to accept geo engineering as a normal phenomenon is taking place, frameworks are being created to make geo engineering programs legal. When this stage is completed the road is free for a next Hegelian show. While numerous false flag attacks in history like the 9/11 attacks in NY, the sinking of the Lisutania, Pearl harbour, Tonkin incident, Sarajevo bombings, Charlie Hebdo, the 7/7 bombings, MH-17 etc, etc have been used to led us into useless illegal devastating wars which served only the globalist elite and NOT the people, the one that is coming to us will be the most disastrous one ever.

To fight this manufactured enemy we need a one world centralized government to save humanity and the planet. And in this battle the ridiculous slogan “either you are with us or you are with the terrorists” will be even more applied. The terrorist in this case however will not be a synthetic terrorist in a cave, but anyone who will oppose geo engineering as a solution for global warming. In other words: YOU.

Do a reality check, wake up the inner warrior in you and join the forces with intelligent and powerful action. We live on borrowed time; the perfect moment to loose all your fears and act out of your box. Our children and Mother Earth are calling us and have waited long enough.

5 Responses to Geoengineering, The Ultimate Weapon In The Toxic War On Humanity And Mother Earth. How To Protect Yourself In This Escalating Battle