Citizen Questions a Senator about Geoengineering, and His Response 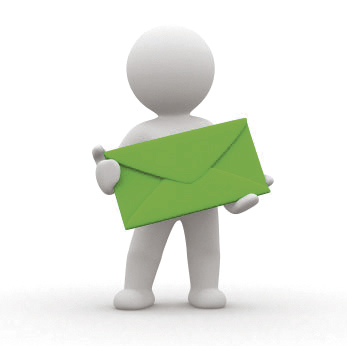 MY LETTER TO Peter DeFazio:

I have always been your strong supporter.  Thank you for all your work on our behalf.

Now it is time to step up and stop Geoengineering (SRM) of our atmosphere.

I am 71 years old.  retired. I was an international consultant dealing with victims of violence.  It was a stressful career.  when I retired, I wanted to relax, write some articles (which I’ve done), garden, paint, teach Tai Chi.  But because of the constant spraying of aluminum, barium and strontium in our skies, especially along the coast – which is YOUR district – all I have done is be constantly in pain and sick.

For example, last week I was in my garden harvesting the sunflowers and got caught in a sudden rain squall so fierce it drenched me to the skin.  Within the hour I was horribly, miserably ill within the most ungodly muscle pain and headache.  For days afterward I spent hours detoxing to get rid of the poison.

Then I noticed all the remaining plants in my garden (rhubarb, catnip, chard, etc) were wilted back.  At that I simply wept.

We are all suffering from this unconscionable program.

And do not think you are exempt. All of congress spend hours in airplanes directly breathing these poisons.  You are being affected probably even more than we are.

And do not be convinced by the corporate interests that want to convince you of the necessity for this horror.  Poisoning our earth to keep a petroleum based energy going is ludicrous. We have passed the tipping point.

Stop Geoengineering (SRM).  Let the earth mend herself.  She will, given time and as minimal interference as can be made.  Whatever it takes.  Anything is better than killing everything – perhaps permanently if the rate of methane release continues and the striking surge in UV radiation from the sun continues due to the ionosphere being depleted.

Now. We are in pain and the earth is dying.

Thank you for your letter about chemtrails.  I can best help by urging you to make a complaint to the Federal Aviation Administration Flight Standards District Office (FSDO) in Oregon.

The FSDO will need some facts before conducting an investigation.  Please describe the aircraft in as much detail as possible.  If you can, identify the aircraft as military or civil and as a high-wing or low-wing aircraft.  Please include the registration number (located on the fuselage) and the color of the aircraft.  Your written complaint should note if the aircraft was at high or low altitude and how you estimated the altitude; the direction the aircraft was flying; and when and where the aircraft was observed.  If you have supporting evidence, such as photographs, videos, or police reports, please include copies with your complaint.  Provide information about the lens used to take the photographs and identify any landmarks in your photographs or videos.  The FSDO will also need the names and addresses of any witnesses and their contact information.

2 Responses to Citizen Questions a Senator about Geoengineering, and His Response