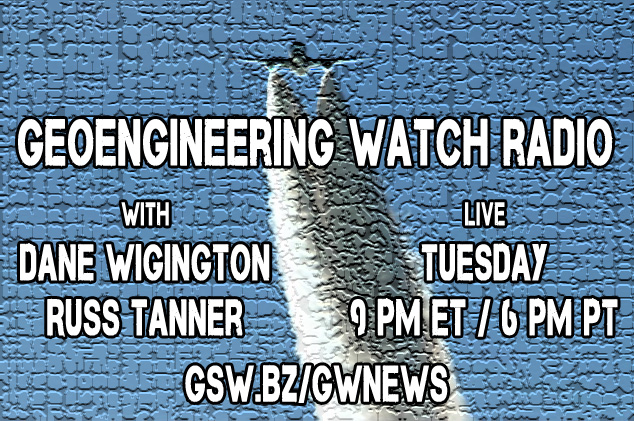 Dane Wigington has an extensive background in solar energy. He is a former employee of Bechtel Power Corp. and was a licensed contractor in California and Arizona. His personal residence was featured in a cover article on the world’s largest renewable energy magazine, Home Power. He owns a 1,600-acre “wildlife preserve” next to Lake Shasta in northern California.

Dane is the lead researcher for geoengineeringwatch.org and has investigated all levels of geoengineering from chemtrails to HAARP. He assisted Michael Murphy with his production of “What in the World are They Spraying” and has appeared on an extensive number of interviews to explain the environmental dangers we face on a global level. He lives in Mt. Shasta, California.

Russ Tanner is founder and President of Herb Allure, Inc., a company that publishes scientific research about herbs and nutritional supplements. He founded the GlobalSkywatch.com website to raise awareness about geoengineering.

Russ recovered from mercury toxicity and educates others on how to do the same. He has been interviewed on numerous radio and internet programs and has published articles and given lectures on the dangers of amalgam fillings, mercury toxicity, geoengineering related illnesses, and geopolitics.

Russ has worked as a theater Technical Director, has a degree in electronic technology, an ISCET license, and writes and produces music, and write computer software. Russ lives in Maine.