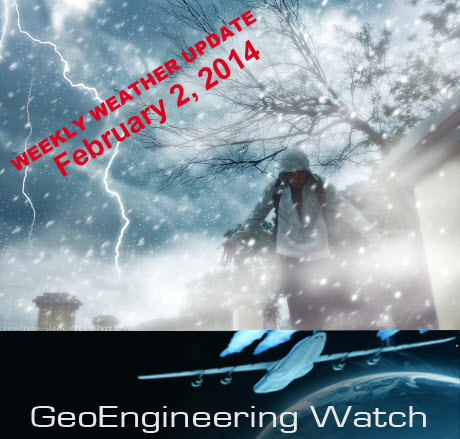 Finally the public at large is beginning to realize there is something very wrong with the snow. Chemically nucleated artificial snow storms have been the norm for a very long time.

Of course now that the public has began to wake up, the power structure controlled media and weather “forecast” agencies have been called out in full force to do damage control. All the main stream media weapons of mass distraction are “officially debunking” the freak chemical snow as being “normal” or perhaps affected by “pollution particles” in the atmosphere. The overall message from the main stream media spin machine is the same as it is with so many other atrocities that are discovered, “everything is fine, nothing to worry about, go back to sleep now”. The internet disinformation trolls are also in high gear with their attempt to discredit the very real snow observations from people across the country and across the world, what else should we expect?

So whats the bottom line with the snow? As mentioned earlier, there is no doubt snow storms are being engineered. Even the Chinese have been hard at this type of engineering for a long while. Those that don’t believe this should google “Chinese Scientists engineer snow storms”, even main stream media covered this story. The Chinese openly announced their snow storm engineering till they did a billion dollars worth of damage to Beijing. They then went underground with their ongoing climate modification and engineering. Why would anyone believe our government is not doing the exact same thing? Is the artificially nucleated snow in the US really not melting properly? There is absolutely no question about this and I can say this from former field observation in Northern California. The last batch of engineered snow that fell on our region in December stayed on the ground in places for an unbelievable amount of time. There were patches of it that sat for ten days and longer with night time temperatures in the 40s and daytime temps in the mid 60s. Ice formed on ponds from this material that sat for three weeks of far above freezing temperatures. Lab tests revealed extremely high aluminum and barium levels, even lead was detected. And how about those 75 pound ice boulders in Lake Michigan that have been appearing in recent years? Of course the global elite owned media machine has explained this away as just “natural” also.

What is going on with the constant conveyor of engineered storms in the US? Still going. Engineered “winter storm” Maximus is winding down and the next theatrically named storm is being ramped up, “winter storm Nika”. The entire parade of winter storms appear to be setting the stage for what may be the “grand finale” of engineered cold in the US for this year. Within the next week the weather makers will have likely sufficiently orchestrated the jet stream, and saturated the skies with chemicals and metals to create an engineered “cool down” for most of the lower 48. How long will it last? Like all the other geoengineered cool downs, not so long. On Saturday the 1st of Feburary, it was raining in Detroit while snowing in Texas. Alaska just had the warmest January on record with temperatures in some places climbing to near 70 degrees. The planet is heating rapidly and ocean temperatures are the bottom line. No matter how hard the climate engineers try to mask the climate meltdown by completely covering the skies over targeted land masses with toxic metals and chemicals, they are only making the overall warming exponentially worse.

The disingenuous meteorologists at the Weather Channel continue to explain away the completely engineered as totally natural. They try to convince us all that its “normal” to have a “warm side” to “winter storms” . That its “normal” to have thunder storms and rain a stone throw away from ice storms and snow. And of course, the Weather Channel theater dedicated plenty of time to cover the Punxsutawney Phil story, we would not want to miss that. Of course the groundhog went back into his hole. Why should the rodent stay outside under completely obscured skies? In fact on any given day of late the vast majority of sky over North America is covered with aerosols spraying and/or a mix of aerosol cloud and natural cloud cover.

The California drought continues unabated. A recent “storm” was allowed to drop 1/10th of an inch on Northern California, thats it. Hardly enough to wet the ground and the main stream media had the audacity to insinuate that the North State was experiencing “drought relief. It appears the climate engineers may allow a bit of moisture to flow into the Pacific Northwest soon in order to have the needed moisture for the big “engineered cool down” in the coming week. Time will tell but it is likely much of this moisture will be aerosolized and migrated further east for use in the engineered “cool down”. This means California will probably not get enough rain to make much of a difference.

The sad thing is that the majority of the population is all too willing to accept any excuse from main stream media to ram their heads back into the sand. Many are still under the delusion that if they just ignore what is happening around them, it will all work itself out. Such a notion could not be further from the truth. The reality is this, our time horizon for a complete paradigm change is very short on the current trajectory and its getting shorter by the day. If all do not help steer the ship in a different direction and fast, we are going down, all of us. Get up, get educated on this subject, and get active in the fight to raise awareness.