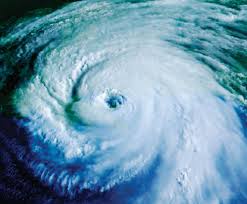 Though "killing" a hurricane may sound like a very beneficial thing for the weather makers to do, is it really helping the planet and humanity overall? Earth is trying desperately to cool herself. When the entire climate system is already being manipulated in a way that is making the overall warming worse, would hurricane "Norbert" even have occurred in the first place if climate engineering were not taking place? And if the geoengineers suppress this particular storm (which again is the planet's attempt to cool itself), won't another cyclone just pop up in its place somewhere else? In addition, crushing the hurricanes is reducing the mixing of the seas which is causing ocean stratification. Hurricane suppression is also reducing atmospheric humidity and thus adding to drought tendencies in various locations. Doesn't anyone wonder why the US has not had major hurricane impacts in recent years while the rest of the planet is getting hammered? Hampering natural life support systems inevitably does nothing but harm. This is true with the human body and it is true with the planet. The power structure is quite literally playing God with the Earth's life support systems, we will all pay the price if they continue.
Dane Wigington
geoengineeringwatch.org