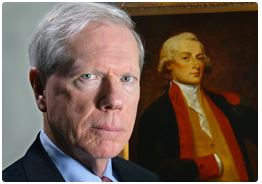 Now we come to chemtrails, branded another “conspiracy theory.”http://en.wikipedia.org/wiki/Chemtrail_conspiracy_theory However, the US government’s efforts to geo-engineer weather as a military weapon and as a preventative of global warming appear to be real.

The DARPA and HAARP programs are well known and are discussed publicly by scientists. See, for example, http://news.sciencemag.org/2009/03/darpa-explore-geoengineering Search Chemtrails, and you will find much information that is kept from you. See, for example,http://www.globalresearch.ca/chemtrails-a-planetary-catastrophe-created-by-geo-engineering/5355299 and https://www.geoengineeringwatch.org

Some describe chemtrails as a plot by the New World Order, the Rothchilds, the Bilderbergers, or the Masons, to wipe out the “useless eaters.” Given the amount of evil that exists in the world, these conspiracy theories might not be as farfetched as they sound.

However, I do not know that. What does seem to be possibly true is that the scientific experiments to modify and control weather are having adverse real world consequences. The claim that aluminum is being sprayed into the atmosphere and when it comes to earth is destroying the ability of soil to be productive might not be imaginary. Those concerned about chemtrails say that weather control experiments have deprived the western United States of rainfall, while sending the rain to the east where there have been hurricane level deluges and floods.

In the West, sparse rainfall and lightning storms without rain are resulting in forests drying out and burning down. Deforestation adversely affects the environment in many ways, including the process of photosynthesis by which trees convert carbon dioxide into oxygen. The massive loss of forests means more carbon dioxide and less oxygen. Watershed and species habitat are lost, and spreading aridity further depletes ground and surface water. If these results are the consequences of weather modification experiments, the experiments should be stopped.

In North Georgia where I spend some summers, during 2013 it rained for 60 consecutive days, not all day, but every day, and some days the rainfall was 12 inches–hurricane level–and roads were washed out. I received last summer 4 automated telephone warnings from local counties not to drive and not to attempt to drive through accumulations of water on the highways.

One consequence of the excess of water in the East is that this year there are no acorns in North Georgia. Zilch, zero, nada. Nothing. There is no food for the deer, the turkeys, the bear, the rodents. Starving deer will strip bark from the trees. Bears will be unable to hibernate or will be able only to partially hibernate, forced to seek food from garbage. Black bears are already invading homes in search of food.

Unusual drought in the West and unusual flood in the East could be coincidental or they could be consequences of weather modification experiments.

The US, along with most of the world, already had a water problem prior to possible disruptions of rainfall by geo-engineering. In his book, Elixir, Brian Fagan tells the story of humankind’s mostly unsuccessful struggle with water. Both groundwater and surface water are vanishing. The water needs of large cities, such as Los Angeles and Phoenix, and the irrigation farming that depends on the Ogallala aquifer are unsustainable. Fagan reminds us that “the world’s supply of freshwater is finite,” just like the rest of nature’s resources. Avoiding cataclysm requires long-range thinking, but humanity is focused on immediate needs. Long-range thinking is limited to finding another water source to deplete. Cities and agriculture have turned eyes to the Great Lakes.

Los Angeles exists because the city was able to steal water from hundreds of miles away. The city drained Owens Lake, leaving a huge salt flat in its place, drained the Owens Valley aquifer, and diverted the Owens River to LA via aqueduct. Farming and ranching in the Owens Valley collapsed. Today LA takes water from the Colorado River, which originates in Wyoming and Colorado, and from Lake Perris 440 miles away.

Water depletion is not just an American problem. Fagan reports that “underground aquifers in many places are shrinking so rapidly that NASA satellites are detecting changes in the earth’s gravity.”

If the government is experimenting with weather engineering, scientists are playing God when they have no idea of the consequences. It is a tendency of scientists to become absorbed by the ability to experiment and to ignore unintended consequences.

Readers have asked me to write about Fukushima and chemtrails because they trust me to tell them the truth. The problem is that I am not qualified to write about these matters with anything approaching the same confidence that I bring to economic, war and police state matters.

The only advice I can give is that when you hear the presstitute media smear a concern or explanation as “conspiracy theory,” have a closer look. The divergence between what is happening and what you are told is so vast that it pays to be suspicious, cynical even, of what “your” government and “your” presstitute media tell you. The chances are high that it is a lie.