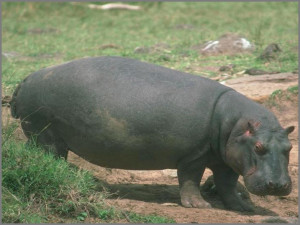 South Africa is known to be a Sunny Country and we like to think of ourselves as the Rainbow Nation. The 700km was a journey where not one cloud appeared in the sky . Our view was a silver hostile sky cover of Electro magnetic Chemical Smog. This is what we call the Ethernet. The highway was marked by one ELF tower after the other. The family that invited me on the trip had their IPads and Iphones on during the entire trip and were amusing themselves with their excellent connectivity. How many people realise what their toys are doing to us and our environment?

I have not seen a Rainbow for the past 3 years. The Red Sunrise and Sunsets which are so true to Africa are gone. Our skies are silver and the Sun devastating . Plants are dying, the bark is peeling off  trees and we have not had any rain of significance  for more than a year. Every time a bank of Cumulus Clouds pop they are followed by the drone of aircraft and are soon dispersed into silver fog. Life is stressed, this you can see on the faces of people and sense it in Nature. Over weekends the dead of the past week get buried under yet another chemical cloud. People simply get short of breath and die soon afterwards. Very few people know what is actually the cause. In Africa everything gets blamed on Aids.

In the Kruger Park at the Skakuza Camp I witnessed huge Cellphone towers with drum blasters. Very close to the camp and near the Sabie River was SKY. I have not been able to set her out of my thoughts. In the middle of the day she was standing there about 1 km from the river , a 1 ton plus hippopotamus cow, looking dazed and bedraggled. Hippos remain in the water during the day , simply because their weight is huge for their short legs and their hides are very sensitive to the sun. They graze at night and sleep in the river during the daytime, even giving birth in the river. Being sensitive to EMF frequencies myself I sensed that the LTF’s from the Skakuza Camp had probably driven Sky from the river, and there she was standing, feeling very vulnerable. Soon after this scene, a Rhino had reversed itself into a thicket in a most defensive way and an extended family of elephants came charging over the road.

What is our technology and greed doing to these beings? Like the whales they are desperately stressed and are dying. They communicate through sensors in their bodies. Harmony in Nature has evaporated into an ether-net cloud. A cloud which represents the green eyed monster of GREED. Africa has to be ‘illuminated’, so the President of America has informed us. We need to be SMART, with Smart Cards, Smart phones , Smart banking and Smart electricity grids. (We are all Smart and living in fantasy land). The conscience, souls and awareness of people have been bought and dumbed. That of the pilot flying the plane which drops the chemicals on us, the conscience of the professor that audits for Monsanto, and the scientist that piggybacks on the future of his grand-children. Our Karoo has been sold out to gas companies , with NO regard for the environment or our limited water resources. The big cull of Nature, animals and humans alike is on.

May SKY the hippo cow collapse on them . May Dane and all of us take hands and chase the Green eyed tokeloshe out of Africa for the Lion sleeps no more.

Some more background and facts…http://www.mweb.co.za/TechnoZone/ViewArticle/tabid/3432/Article/8004/Future-networks-will-be-80-wireless-and-20-wired.aspx   THE ETHERNET….

Hippo – one of Africa’s most dangerous animals

Their rage can be directed at other hippos infringing on their territory or against any foreign intruder, particularly humans. Several hippo deaths have been recorded in Kruger. The biggest hippo (mpfubu in Shangaan, imvubu in siSwati) recorded in Kruger was a bull weighing in at just over two tons.

Most male hippos weigh about one-and-a-half tons. Nonetheless, they are surprisingly fast – they can outrun humans, clocking up a top speed of about 30km/h. Hippos eat up to 100kg of grass in a 24-hour period.

They feed mostly at night, spending their days in water. It’s believed that hippos can remain under water for up to six minutes before surfacing for air, although most submersions are usually not longer than a couple of minutes.

Hippos are old Africa. They have been around for 60 million years, having evolved from a pig-like animal during the Palaeocene era.

Other creatures produce seismic signals — among them the golden mole, the elephant seal (no relation to terrestrial elephants) and a variety of insects, amphibians, reptiles and fish.

“Many organisms use vibrations in the ground to find mates, locate prey or establish territories,” says O’Connell-Rodwell.

The ability of large mammals to communicate long distances also is well established. Fin whales, for example, produce calls that carry hundreds of miles underwater at a frequency of 20 hertz — a range so low that it’s barely audible to the human ear.

In the late 1980s, researchers discovered that elephants also produce strong, low-frequency 20 hertz rumbles that can travel up to six miles through the air under ideal weather conditions. Later studies indicated that elephants use these low-frequency vocalizations to coordinate movements with other far-off herds.

8 Responses to Life of Sky