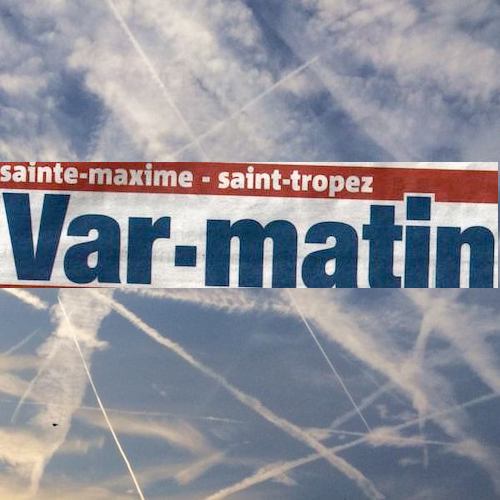 Our gratitude to the mainstream media in France for covering what US corporate media won’t, the ongoing climate engineering and the toxic fallout it produces. The article below was translated for geoengineeringwatch.org. For the original article in French, click the source link. Just as the article covers, many in the US have also seen the cobweb like filaments that occasionally litter the landscape after heavy jet spraying. I have tested some of the filament samples at the state certified lab and they were largely composed of aluminum. Unless spiders are using aluminum to weave their webs, this phenomenon is clearly a result of the aerosol spray operations. The occasional occurrences of the filament fallout are likely the result of a malfunction on the spraying equipment with specific aircraft. Many have reported becoming ill after handling this material. If we all keep pulling together in the battle to shine the light on the geoengineering nightmare in our skies, soon enough the US media will be forced into covering what they have tried so hard to hide.
Dane Wigington
geoengineeringwatch.org 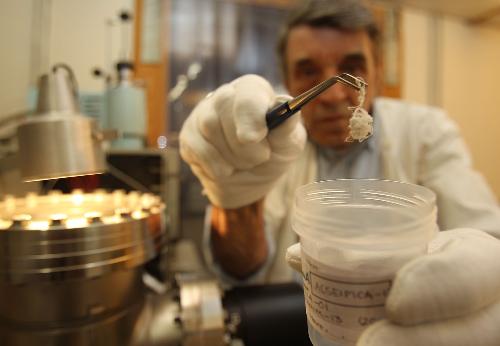 In Cuers (small city from the Var) filaments samples were passed to the mass spectrometer to analyze their composition. Luc Boutria

To understand their theory, you simply need to look up to the sky and observe. There’s a good chance that you come across one of those “beautiful” white trails left by jet-planes.Conspiracy theory, reactors residues … Individuals and organizations are questioning the discovery of white filaments. A laboratory in Var (French southern region) reveals that these filaments are not natural …

As good Gauls, we still fear that the sky may fall on our heads. This fear is justified, if one refers to the opinion of some individuals and an association, the ACSEIPICA *.

These long trails which run across the sky – which are called chemtrails ** in English – would contain strange whitish and sticky filaments, “airborne filaments” which disperse in nature … or in your garden!

These surprising discoveries on plants have attracted the worried attention of the people in the Var, as well as everywhere around France, who collected samples for analysis. At the lead you find the “AnAlytikA laboratory” in Cuers whose latest results on the composition of these mysterious filaments falling from the sky predict the worst in terms of public health.

Other scientists highlight the fact that condensation trails which can be observed at high altitudes of about 10,000 meters disappear quickly. While chemtrails appear at lower altitudes between 2,000 and 5,000 meters and disappear very slowly … Worrisome, indeed. (worrisome) To the point of constituting the subject of a “questioning” at the National Assembly by the end of year 2013.

In Cuers however people seem to stay away from the military-complex/governmental conspiracy theory which speaks of spraying desigbed for climate control, demographics control, or even “chemical warfare military researches” …

Yet some associations fear that we are the victims of risky experiences. A new X-Files season?

* Citizens Association for the Monitoring, Study and Information about the Programs of Atmospheric Climate Manipulations. ** Neologism built with the contraction of the English word “chemical trail” or “trail of chemicals.”