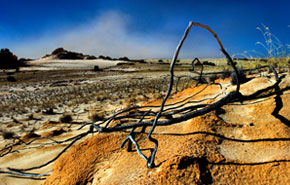 When you hear the term “mass extinction”, things sound bad. Most would assume this is some sort of “alarmist” statement that has overblown the statistics to make a headline. What if the actual statistics pointed to a reality that may be as much as ten times worse? Fully 1000% worse? Thats the reality we face, and its getting ever more critical at blinding speed. Earth is losing some 200+ species of plant and animal each and every day, how long can this possibly continue? 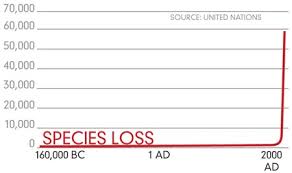 Though so many people have unfortunately been trained to reject dire news as exaggerated, all too often the opposite is now true. The reality is almost all the news currently spoon fed to us by the power structure’s controlled corporate media machine is completely watered down. The spectrum of catastrophes we are all about to face are exponentially more dire and immediate than almost anyone realizes. There is yet another reason for the public’s obliviousness to the unfolding cataclysms. At the end of any negative news story from mainstream media there is always a “don’t worry, we know how to fix it” final statement. This is an absolute lie to keep people fast asleep with the misguided notion that someone somewhere is taking care of the problem. And, of course, in all articles like the one below there is no mention of the greatest single assault against all life ever initiated by man, global climate engineering. Earth is not on the “brink” of mass extinction, we have long ago already plunged into the sixth great extinction event on planet Earth, this is a statistical fact. We don’t have tomorrow to win the fight to stop geoengineering, all are needed in this desperate battle now.

A landmark study by an international group of scientists has concluded that planet Earth is on the brink of a mass extinction event comparable in scale to the one that wiped out the dinosaurs 65 million years ago. The researchers found that extinction rates are currently 1000 times higher than normal due to deforestation, global climate change, and the depletion of ocean fisheries. Ben Gruber reports.