Monsanto And The Geoengineers, A Lethal Mix For Humanity 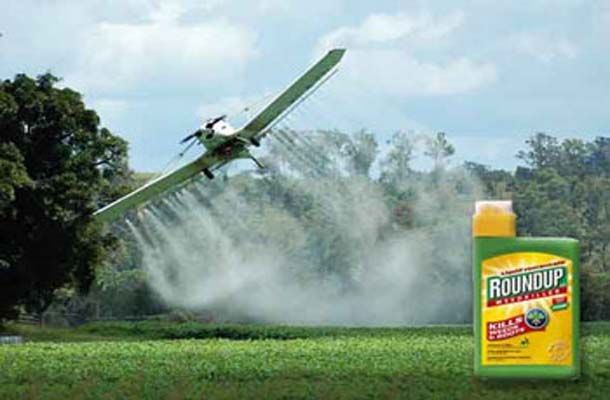 How bad can the insanity get? It’s worse than almost any understand or are willing to face. Finally scientists with honor and moral fortitude are beginning to speak out on the record. Dr. Stephanie Seneff from MIT is one such heroic scientist and researcher. She has documented the inconceivable continued increase in autism that now calculates out to half of all children born having this ailment in the next 10+ years. The all out assault against life on Earth must be halted and it will take all of us working together to get the job done. Much of our food supply is now laden with Monsanto’s toxic brew of “RoundUp”. When combined with the mountain of aluminum and other heavy metals being sprayed on us by the climate engineers, it is a recipe for severe breakdown of the human organism. To put all this into the overall picture, not only is climate engineering completely disabling the planet’s life support systems, the toxic heavy metal fallout is combining with the Monsanto chemical nightmare to completely disable the human health system. We are all in a fight for life, nothing less. We must all examine our priorities, what should our time be spent on. If we do not immediately deal with the challenges just outlined, very soon, nothing else will matter. It’s up to all of us to help in the dire task of sounding the alarm until we reach critical mass awareness. When this happens, the power structure will begin to crumble. The article below should be shocking to any that are even slightly awake.
Dane Wigington
geoengineeringwatch.org

By 2025, half the kids born in the U.S. will be diagnosed with autism, according to Dr. Stephanie Seneff, Senior Research Scientist at the MIT Computer Science and Artificial Intelligence Laboratory. She, like many others says autism isn’t just genetic – it is almost surely due to environmental factors. Just a couple of those factors are Monsanto’s RoundUp (glyphosate) and heavy exposure to a cocktail of heavy metals, including aluminum.

Dr. Seneff isn’t respected by the ivory towers of the pharmaceutical medicine paradigm or industrial agriculture, but she has something to say about autism. She is a computer scientist who transitioned into biology and toxicology, so people like to attack her credentials, but what Dr. Seneff has to say is key, and many other mainstream researchers have been negligent in reporting these findings.

She has been studying autism for over 7 years, along with the environmental factors that lead to the disease. Decreased exposure to sunlight, poor diet, vaccines (specifically aluminum and mercury), as well as glyphosate toxins from RoundUp are causing skyrocketing rates of autism. She explains this in a two-hour presentation given recently at Autism One.

Aluminum and glyphosate specifically interrupt the workings of the pineal gland (melatonin sulfate), leading to high rates of autism. She outlines this fact in pinpointing detail in her research, which can be found here.

Furthermore, glyphosate chelates manganese. Dr. Seneff believes that just the absence of appropriate amounts of manganese can help to cause autism. Glyphosate also promotes aluminum uptake into our tissues, and interrupts an important path for amino acid uptake called the shikimate pathway, into our guts.

“The way glyphosate works is that it interrupts the shikimate pathway, a metabolic function in plants that allows them to create essential amino acids. When this path is interrupted, the plants die. Human cells don’t have a shikimate pathway so scientists and researchers believed that exposure to glyphosate would be harmless.”

In fact, industrial claims don’t match the science on RoundUp. It is often used because it is considered one of the ‘safest’ of all herbicides. This claim is touted by Monsanto and other chemical pushers, but it turns out that RoundUp is one of the least safe herbicides on the market.

Incidentally, scientists were mistaken about a human shikimate pathway, and we rely upon it for many important functions in our body, including ridding our body of poisons like RoundUp as well as other herbicides and pesticides.

“The problem is that bacteria DO have a shikimate pathway and we have millions of good bacteria in our guts – our ‘gut flora.’ These bacteria are essential to our health. Our gut isn’t just responsible for digestion, but also for our immune system. When glyphosate gets in our systems, it wrecks our gut and as a result our immune system.”

“The effects are insidious. You won’t notice when you eat a food that contains glyphosate, but over time you will enter an old-age state before you should.”

Though Dr. Seneff’s findings are in the research stages, there are plenty of families that have autistic children who have chosen to drastically change their children’s diets, eliminating all pesticides, herbicides and as many neurotoxins as possible while eating organic food. They often experience some incredible results, seeing improvement in their children’s speech patterns, cognitive abilities, and social skills in weeks, not years. This amounts to circumstantial evidence, but it supports Dr. Seneff’s claims.

The rate at which diseases like autism (along with Parkinson’s, Alzheimer’s and others) are growing would be unheard of just 50 years ago. You can’t simply discount this phenomenon as the result of ‘better screening and diagnosis.’ In the past 5 years alone, autism rates have increased from 1/150 to 1/50. This is an environmental epidemic; it isn’t genetic.

When you factor in the levels of glyphosate being found in women’s breast milk is ten times that which is allowed in European drinking water, and people in 18 different countries were found to have glyphosate in their blood, you have to question the rise in autism from another perspective, aside from the genetic one, and connect the dots. This leads to glyphosate as a synergistic compound that works with other suggested autism causes – like vaccines (controversial, I know).

“Ordinarily the body is quite good about keeping aluminum out. The gut will absorb very little of what’s in the diet…assuming you have a healthy gut. Glyphosate produces a leaky gut, and that’s going to help the aluminum get in. What I believe now is that the aluminum in the vaccine is far more toxic as a consequence of the glyphosate that’s also in the blood. The two of them are synergistic, because the glyphosate forms a cage around the aluminum and keeps it from getting expelled. The aluminum ends up accumulating, getting trapped with the glyphosate, and then the aluminum ends up in the pineal gland, and messes up sleep, and causes a whole cascade of problems in the brain. The glyphosate and aluminum are working together to be much more toxic than they would be, acting alone.”

You can watch Dr. Seneff’s speech at Autism One, here.

Additionally, all of Dr. Seneff’s papers can be studied to corroborate her assertions that glyphosate and aluminum, among other environmental toxins, are synergistically causing autism:

19 Responses to Monsanto And The Geoengineers, A Lethal Mix For Humanity