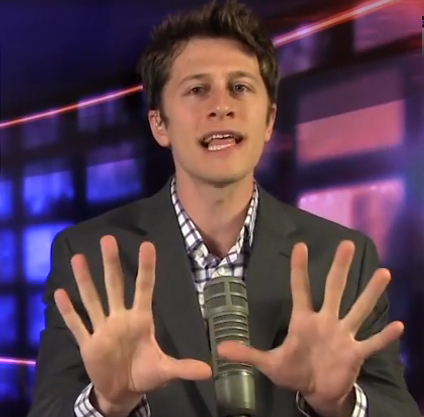 David Pakman is the epitome of power structure controlled opposition. Though David covers some issues with what appears to be opposition to the power structure, on the issues that really matter Pakman's job is clearly to marginalize, discredit, and otherwise cloud the truth. 911 and Climate engineering are two of the most critical issues at hand which Pakman is doing his best to marginalize. One of the primary ways Pakman tried to marginalize the climate engineering issue was to insist on using the non-science term of "chemtrails". Semantics matter in this battle, the "chemtrails" term leads investigating individuals to "conspiracy theory and hoax" definitions. Using science terms like "geoengineering", "climate engineering", or "solar radiation management", etc, leads to science information that helps to confirm the validity of the climate engineering issue. In the 16 minute interview below that I just did with David Pakman, he is particularly aggressive and clearly has an agenda. It is also apparent that he spent considerable time preparing himself for his attempt to discredit the climate engineering reality. Never during the interview does it seem he has any interest whatsoever in honest investigation or facts relating to the subject at hand. I knew before I accepted the interview request that David was on a mission to "de-bunk" the dire issue of global geoengineering which so many awake activists are fighting to expose. With all of us working together, we are indeed gaining ground in this fight. If we weren't, Pakman would not have been sent by his paymasters to try and slow us down. The facts speak for themselves. Though David Pakman's faithful followers seem to blindly follow him with their comments below the video, most seem to be as long on ideology and short on facts as David was. Dane Wigington geoengineeringwatch.org