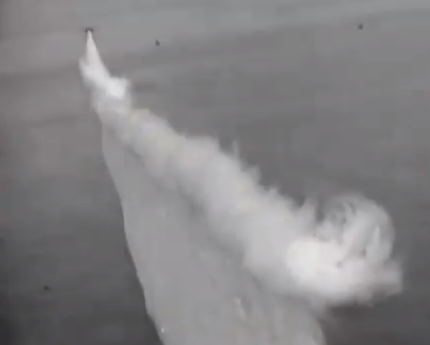 Experiments of insanity have been going on in our skies for so very long. Consider that if such a small aircraft can produce such a large feature with a sprayed aerosol release, what technology is available now? How far has the power structure pushed the envelope? Geoengineering experiments on a significant scale were occurring by the late 1940’s. There appear to have been strong climate forcing effects from the beginning of these programs, even at lower levels of deployment. Though we do know what some of the elements are which the climate engineers are raining down on us, there is much that cannot be known. Biological experimentation is in all likelihood a consistent part of the aerosol operations. The danger we all face from the ongoing fully deployed geoengineering experiments are immense. There is clearly no sanity within the current power structure. It is up to all of us to educate the masses and wake them up now, tomorrow is too late. Climate engineering must be halted, completely. The 90 second video below is well worth the time to view.
Dane Wigington
geoengineeringwatch.org