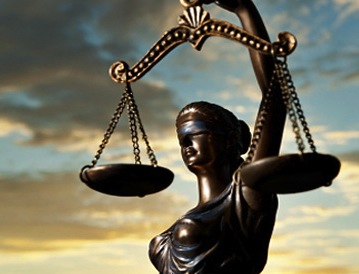 Unfortunately, as much as I loath this kind of public statement,  I have had to take time away from the critical fight against climate engineering to address the drama outlined below. I am making this public statement to answer questions being thrown at me, then I will return to my work.

All of us have grown tense in this long and arduous battle against those who have taken control of our biosphere, of the very skies under which we live. With this in mind, it is especially important at this critical time to examine all the facts before leaping at conclusions. Regrettably there are some that seem completely determined to blame others for issues they themselves were the root cause of. Some of these people have a long history of creating this kind of drama which is not at all helpful in the fight to credibly expose the climate engineering insanity. Are such individuals in the anti-climate engineering movement solely involved for the good of the cause? Or are there other motives driving them as well?

Recently an independent web site (Galactic Service/Johannes Madsen) completely edited and uploaded a video from GeoEngineeringWatch.org. The original video in question is Geoengineering Investigation Demanded By Numerous Experts. I funded the majority of the event organizing, funded the professional filming of the event, funded the original editing of the video, gave away hundreds of free commercial DVDs at the event and thousands of free color flyers, etc. In addition, this event was the culmination of ten years of my work and the work of a number of other local activists and experts. Though such a reposting would normally be absolutely fine and completely encouraged, in this case this site that edited and re-uploaded our information seems to have gone out of their way to deceptively add “Presented by Galactic Service” in the video itself. “Galactic Service” is not a source of credible information on the climate engineering issue, they are not a source at all. There was no way to correct this without first taking the video down. With all this considered, I had no choice but to file a complaint (which I have never had to do before). I have repeatedly made clear to the administration of this web site that they are more than welcome to re-upload the video (or any other from our site) so long as they just make the source clear so that people can find their way to credible data (and not be lead to sites that have nothing to do with climate engineering, or sites with invalid or incorrect data). So far this site has flatly refused to make any such change to correctly show the source of the information in order for people to have a means to investigate the climate engineering issue from a source of credible data. I don’t suggest that this site is necessarily being malicious, but if their sole concern was to help spread credible information, and not just to get YouTube views for their site, why don’t they just make the correction and re-upload the video again? All could be solved with that simple step. Another individual has now accused me of “taking down” his YouTube channel over this same video, this is patently false and anyone who has a YouTube channel knows it. If a channel is revoked, it can only be due to repeated violations, no single event can cause this kind of takedown. This kind of action is completely at the discretion of YouTube and is based on the past history of the YouTube account holder. Again, why haven’t such individuals  made any attempt whatsoever to properly and clearly show the source link?  What is really their goal by throwing false accusations in every direction? The site and individual throwing out all the accusations in this situation has made it his mission to attack geoengineeringwatch.org in the past as well (to those that are not on Facebook and cannot open the FB link, go to the bottom of this article for a standard link). Any information from geoengineeringwatch.org can be freely posted by anyone and everyone so long as the source is stated and clearly shown. This has always been the case and always will be. Geoengineeringwatch sells or advertises nothing and never will. Some sites have hundreds of thousands of views from reposted geoengineeringwatch videos, these sites even advertise and thus monetize the video I produced for their sole benefit, I absolutely don’t care as long as people viewing it have a clear mention of the source so that they can find their way to more credible information (one example of such a reposting “Geoengineering And The Collapse Of Earth”). The concern with having the source clearly shown, is this, it leads people to credible verifiable data. Our years of critical work should not be used simply for some sites to gain YouTube views primarily for their own purposes and at the expense of making it harder for people to find credible data to assist in their investigation of climate engineering. If gaining YouTube views was not what these few sites were trying to do, then why haven’t they chosen to clearly state the source of the original information, repost the same video but with the actual source clearly shown and without making it look like they are the source (so people can find their way to a credible information), and get on with the fight for the common good if thats really what they are about?
Dane Wigington
geoengineeringwatch.org

(The first letter I sent to person (Johannes Madsen) that posted the video in question,  which did not clearly state the source of the information and which a few others then also uploaded. To date, this person has refused to clearly show the source of the video which is why it can not be uploaded again. Googling the site name that uploaded the unsourced video leads to a page that has virtually nothing to do with climate engineering. Though it is a worthy page with perhaps some valuable information, it is imperative for people to gain the information they need to help in the battle to expose and stop climate engineering)

Hello Johannes, I actually had people contacting me and asking if I knew of or had any connection to the video in question that you posted. It seemed that considerable effort was made to mask the source of the video and create the appearance that the video was done by your group (Galactic Service). You did not in any way give credit to geoengineeringwatch.org as the source of the video, showing a youtube link far below your verbiage is not sufficient in this kind of situation. Others then downloaded from your copy and did not even properly show the links so there was no original youtube link whatsoever. I have always allowed any and all use of GeoengineeringWatch information and data so long as those that reposted this data properly and respectfully credited the source. Our goal is to get credible and verifiable data out to the public, nothing more. I have never sold a single thing on my site. Not only have I never made a cent, I have spent the whole of my retirement account on this battle. In regard to the video you uploaded, I paid for the organization of the event, I paid for the filming, I paid for the editing, and the downloading. As I mentioned, countless other sites repost geoengineeringwatch.org data all the time, some have over 730,000 views on my presentations, but they properly credited the source so I have no issue with their reposting. Some sites that just reposted your version push conclusions that are completely unsupported by factual data. This means that what I worked so hard to produce is now bringing attention to sites that are not putting out credible information. This completely defeats everything I have worked toward for over 10 solid years. My life’s energy is focus on one cause, exposing and stopping global climate engineering.
Sincerely
Dane Wigington

Johannes, with all due respect, if you were only in it for the cause why did you completely rebrand the video as if it was originally produced by you? Now many others have uploaded your version without proper source identification, some now without any source ID at all. I paid for virtually all expenses related to this video and the event.I put out this effort so people can find there way to the credible information contained on geoengineeringwatch.org. You could have used the publicly filmed 3 hour version, but you picked mine and chose to use our work for promotion of your site. Your effort to make the work of geoengineeringwatch.org look like it was yours has caused considerable and ongoing impacts to the effectiveness of our site. If you had not gone to considerable effort to disguise the source of the vid you edited, and had shown the source clearly, non of this would have had to happen. I have already stated that I am fine with you reposting your edited version so long as you correct the video so that it does not look like it was originally produced by you with no reference to geoengineeringwatch.org. If this is not acceptable to you, there is nothing else I can do in this situation. Again, the purpose of the video I produced is to help lead people investigating this issue to a source of more credible data so they can better educate themselves, disguising the source of my video did not help in this regard but rather it did damage. From your message it seems you are only concerned about the count on visits to your youtube channel, what does that have to do with the overall effort of educating people on this cause?

If one is to judge correctly, are not all the facts necessary?

For the record, there is a long history of attacks directed at me from the primary site and individual that is attacking me now. See the attached link from Global SkyWatch that details this. Public Response To Max Bliss Attacks (posted on Global Skywatch)

The video linked below was made by an activist who had the courage to weigh in on the situation after examining the facts. https://www.youtube.com/watch?v=DGUXSRWtAGE&feature=youtu.be

I have also had to “set the record straight” in regard to other activists that have made it their mission to cause division, (though openly claiming to be engaged in efforts to “stop division”). In this case, the attacks were not just “one sided” stories, but completely based on fabrications that had no basis in reality at all. (Part 1) Setting The Record Straight For Those That Truly Care About The Battle To Stop Climate Engineering

A FINAL NOTE IS BELOW…