The Planet Continues To Burn To The Ground 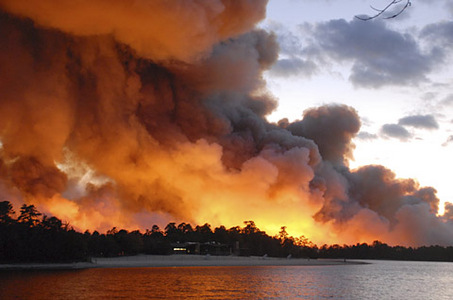 Mainstream media is continuing to hide countless global catastrophes from the public view. Huge areas of Canada and Siberia are quite literally going up in smoke. Climate engineering is fueling the global meltdown, not mitigating it as so many in the climate science community would have us believe. The geoengineering programs are nothing short of mechanisms for weather and biological warfare against helpless populations. As the forests go, so will we. We MUST expose and stop the spraying. Though the article below does not admit to the climate engineering nightmare, what is unfolding on the ground still a reality.
Dane Wigington
geoengineeringwatch.org

Historic Wildfires Burn Through Canada As Sub-Arctic Forests Heat Up 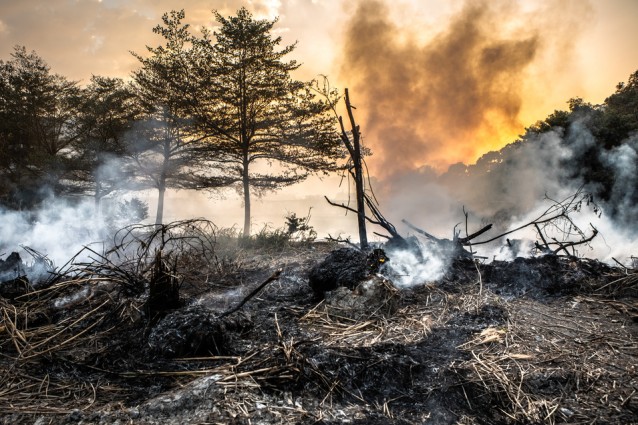 Wildfires are taking off in Canada as the country goes through one of its hottest and driest summers in decades.

Wildfire activity in the Northwest Territories is more than six times higher than its 25-year average, and as of August 23 a total of 162 wildfires were burning in British Columbia. The latter province has seen 1,269 wildfires so far this year, along with 314,895 hectares of land burned — almost equivalent to 2010, when the province lost 337,149 hectares to various blazes.

The fires have cut through the boreal forests that lie just outside the Arctic Circle throughout Canada, aided by the hottest and driest summer the Northwest Territories have seen in 50 years.

According to Canada’s National Post, the fires can kick smoke up to 10 or even 15 kilometers into the atmosphere, leaving massive plumes that can be spotted by satellite and seen as far away as Portugal.

“It’s a major event in the life of the earth system to have a huge set of fires like what you are seeing in Western Canada,” Douglas Morton, an earth scientist at NASA, told the Post.

A recent study of the nearby Yukon Flats in Alaska concluded that the boreal forests in the area are experiencing wildfires at a frequency that outstrips any prior period in the last 10,000 years — and that’s twice as high as it was 500 to 1,000 years ago.

Covering 10 percent of the Earth’s land surface, the boreal forests around the globe account for nearly a third of all the carbon stored in soils and biomass. A large part of this is the fact that, being sub-Arctic, the forests sit atop permafrost which can release huge amounts of carbon into the atmosphere when warmed.

In other words, wildfires in the boreal forest could be one example of a climactic feedback loop: changes wrought by global warming that physically alter the Earth’s ecosystem in such a way that even more carbon is released to begin moving through the planet’s natural cycles, thus increasing global warming even further beyond what’s being caused by human emissions.

Meanwhile, climate change has also assisted the spread of the Mountain Pine beetle in Canada, allowing it to eat through an unprecedented amount of the boreal forests in Canada’s western half. This again introduces the possibility of a feedback loop: as the trees are killed off, fewer of them are available to store carbon from the atmosphere, while the dead trees release the carbon they’ve stored up.

Heat waves and wildfires this year have also extended farther south along the West Coast, into Oregon and Washington State.

As of Saturday, August 23, 360 firefighters from outside British Columbia had been sent to the province to help contain the blazes, including 75 from Australia. An additional 90 firefighters from Ontario and Alberta reportedly joined them over the weekend.

5 Responses to The Planet Continues To Burn To The Ground