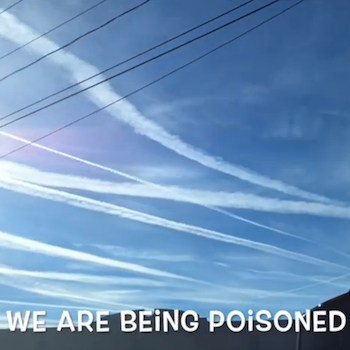 Share1.9K
Tweet
+1
Share
Pin2
1.9K Shares
We only need to put a crack in the dam of silence and secrecy on the climate engineering issue, then the whole dam will finally break. This 30 second time-lapse film clip is yet another tool to help wake people up. We must all make everyday count in this battle. My sincere gratitude to David Weiss for making this excellent and revealing video.
Dane Wigington
geoengineeringwatch.org