Warmer In The Arctic Than In Texas? What Is Wrong With This Picture? 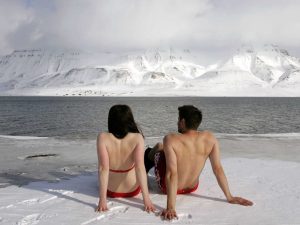 Share1.3K
Tweet
+1
Share
Pin
1.3K Shares
The global temperature maps in the article below are very telling as to where it’s hot and where it’s not. Why doesn’t the mainstream media take any time to tell us about the record warmth in Alaska and the Arctic? Why does the Weather Channel (and other mainstream sources) go through entire segments of their shows focusing exclusively on the engineered “record cold” while not even mentioning a word about the record warm temperatures elsewhere? Because it is their job to covertly sell climate engineering and confusion in regard to the true state of the climate.
Dane Wigington
geoengineeringwatch.org

It’s Warmer In Alaska Than In Texas Right Now

The unusual weather kicked off last weekend with the formation of a “bomb cyclone” in the Bering Sea, which rammed into the polar jet stream and sent a cold air mass streaming from the Arctic south through the United States. The abnormal jet stream pattern, known as an “omega block,” has caused an outbreak of premature winter weather across the lower 48, even as far south as the Gulf Coast, while giving the normally frigid Alaska a bit of a break.

This map, produced by the University of Maine’s Climate Change Institute, shows average temperatures across North America today. Blue and purple temperatures are below freezing, and you can see that most of the country is getting an early taste of winter. Most of the central US is seeing temperatures more than 20F below their averages for this time of year. Alaska, meanwhile is more than 20F WARMER than usual in some regions.

This map shows how much temperatures have differed from their average levels today. Orange and red regions are warmer than usual, and blue and purple regions are colder. White regions are getting more or less their typical temperatures for this time of year. Meteorologist Eric Holthaus, who writes for Slate, has reported that these strange conditions could last through Thanksgiving. For many of us, that means stocking up on the hot cocoa and bundling up — it’s going to be a cold November.

9 Responses to Warmer In The Arctic Than In Texas? What Is Wrong With This Picture?