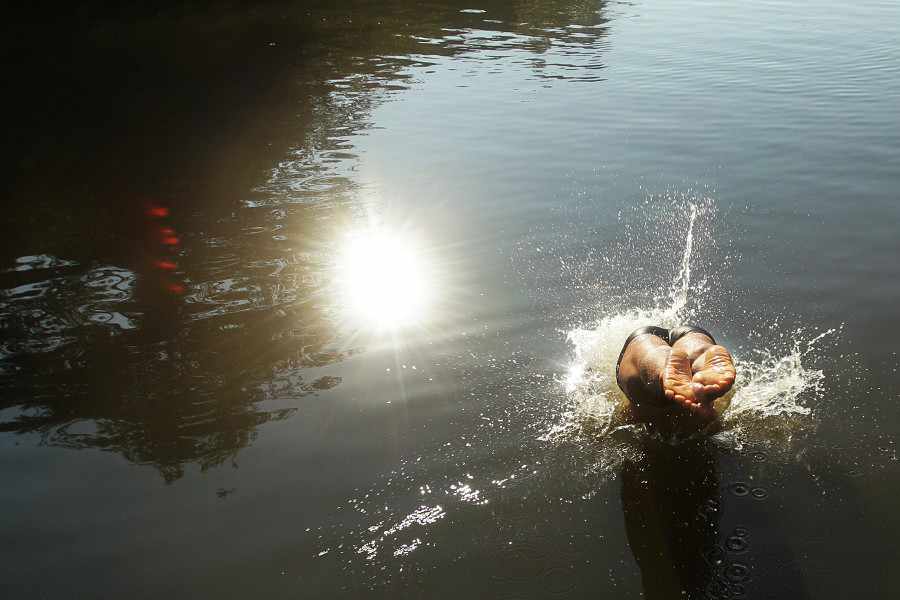 The UK is on course to experience the warmest and one of the wettest years since records began more than a century ago – sparking fears that future droughts and flash floods could cost lives.

New figures published by the Met Office show the period from January to October this year has been the warmest since records began in 1910 while it has also been the second wettest.

Unless November and December are extremely cold, 2014 will enter the record books as the hottest ever.

Experts say the increase is the result of climate change and warn that it could place a burden on the NHS as Britons struggling to cope with predicted heatwaves end up in hospital.

Bob Ward, policy director at the Grantham Research Institute on Climate Change at the London School of Economics and Political Science, said the elderly and those with health problems are particularly at risk and could end up dying in the heat.

He warned that as Britain warms up it will also grow wetter – raising the spectre of flash floods with could cost lives and cause billions of pounds of damage to households and businesses.

Mr Ward said: “A large part of the population is unaware that this risk is increasing, and that is a problem because people are not then able to take the necessary precautions.

“One example is that people are not adapting their homes, particularly in cities, to make them cooler.

“For vulnerable people, such as the elderly, that might be a matter of life and death.

“If you have a heatwave and people are at home and unable to keep their homes cool, that is potentially life-threatening – particularly for the elderly or people with respiratory problems.”

He accused the Government of failing to “get to grips with climate change” and said the coalition urgently needed to plough more money into beefing up Britain’s flood defences.

Unless drastic action is taken, Britain could see a repeat of the 2007 floods, which swamped large swathes of western England, the north and Northern Ireland, he warned.

Some 13 people were killed in the onslaught while thousands had to be evacuated from their homes as agencies launched the largest rescue operation in peacetime Britain.

Mr Ward said: “It is a real problem, there are more than five million at risk of flooding the UK.

“Without an increase in investment in the flood defences, we will see more homes and businesses suffering.

“We still haven’t learnt from the 2007 flooding when we saw over £3 billion worth of damage.

“It is only a matter of time before we see another major incident in one or more cities because of heavy rainfall.

“You are dealing with people’s lives, you can’t repair the damage done when people are killed or injured by heatwaves or flooding.

“This is a matter of public safety – not just an economic problem.”

Mr Ward said 2014 was “very clearly part of a pattern”, pointing out that the seven warmest years on record have happened since 2000.

He added: “This reflects the increase in the average temperature of the earth, it is clearly indicative of global warming.”

However, the Met Office cautioned against drawing too much from the figures – and stressed that the year is not finished yet.

A spokeswoman said: “If we have an incredibly cold November and December, then it could end up being a mediocre year.

“The reason we have records for set periods, for example monthly and annually, is so they can be quantified against each other year on year, otherwise anyone could make up a theory and anyone could come to a conclusion.

“Things like climate change you look at over a long period of time because we look at trends.

“So we can’t say it is warmer than other years because of climate change. It could just be natural variation.”

A Defra spokeswoman said: “We are planning for the impacts of climate change and our investment already takes that into account.

“We will be spending more than £3.2 billion over the course of this parliament on flood management and protection from coastal erosion.

“That is more than ever before and half a billion more than in the last parliament.”

The Department of Energy and Climate Change said the UK “has been leading the world” in the drive to cut carbon emissions.