What Does The Union Of Concerned Scientists Say About Sea Level Rise? 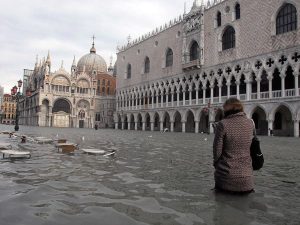 Why is the power structure and the mainstream media they control, trying so hard to confuse the population on the reality of sea level rise? Because if the population truly understood the gravity and immediacy of what is unfolding it would cause an immediate paradigm shift. Those in power are doing their best to delay public awakening as long as possible while they prepare for total collapse. Sea level rise alone will radically alter coastlines around the globe with catastrophic impacts on dozens of major cities located at sea level (this is not to mention all the other impacts from the warming). Mainstream media and special interest organizations have successfully confused many on the warming/cooling issue. The climate engineering insanity has further completely confused the population with highly toxic engineered “cool-downs” which are making the overall warming worse still.  What does the largest independent body of scientists in the world say about sea level rise? It’s happening rapidly and all available data fully supports this fact. Can sea levels rise on a “cooling” planet? No. can formally frozen methane deposits thaw and release on a “cooling” planet? No. Would forests burn to the ground around the globe at a rate many times normal if the planet was cooling? No, again. If the anti-climate engineering community is to gain the credibility necessary to expose and stop geoengineering, we must know the facts so we are standing on solid ground. Climate engineering has been skewing the Earth’s life support systems for over 60 years. The damage from climate engineering has added greatly to the overall damage done to the planet from many forms of human activity. All of us must abandon ideology and stand on facts from the most credible and verifiable sources.
Dane Wigington
GeoengineeringWatch.org

Sea level is rising—and at an accelerating rate—especially along the U.S. East Coast and Gulf of Mexico.

Why are the East Coast and Gulf of Mexico hotspots of sea level rise?

How quickly is land ice melting?

Why is there such a large range in sea level rise projections?

How high and how quickly will sea level rise in the future?

The Sea Level Rise and Global Warming infographic is based on careful evaluations of published scientific observations and projections of sea level rise, as well as material in the UCS short report, Causes of Sea Level Rise: What the Science Tells Us.

9 Responses to What Does The Union Of Concerned Scientists Say About Sea Level Rise?