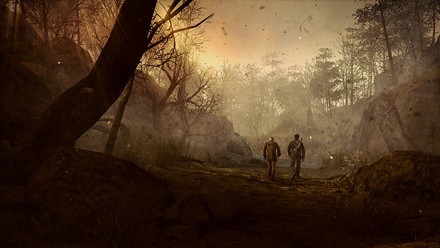 First, let me state from the outset that I do not belong to nor am I speaking on behalf of any group, party or organization so that you do not think that I have an agenda here because I don’t.

I grew up in an America where maybe some would say, my government did a much more clever job of lying to me because at least until JFK had his head blown off in broad daylight right in the middle of downtown Dallas, I had the impression that things were basically fine or at least that they were going to somehow work out. Following the assassinations of Martin Luther King and then Robert Kennedy just after winning the California primary, I knew something was wrong, very, very wrong.

The events leading up to and following 9/11 have unfortunately convinced me that not only is something wrong, but much, much worse than that for in my humble opinion, none of us, and when I say none of us I mean not a single one of you reading this means anything, not even one small bit to the people who’ve been elected to serve as our public representatives. Not unless you happen to be among the very, very few who can afford to fund their campaigns.

This is not a pitch for the Move to Amend movement nor is it a protest call against Citizen’s United. This isn’t about whom you voted for or who you didn’t vote for. This isn’t about evolution versus creationism, immigration laws, marijuana ordinances or any one of the issues that mostly make the mainstream news.

This is about the power to destroy every living thing in the hands of those who don’t value human life. This is about watching as we are being systematically and methodically destroyed. Call it genocide. Call it ecocide. It all comes out the same. We die.

Yes, we are going to die some time but in this way? Planned in banks and boardrooms and in secret meetings where our destiny is decided by those who would like to see some culling.

If you haven’t the slightest idea what I’m talking about, you might start by turning off your Smart Phone and unplugging your Smart TV, and when you’re sitting there in your Smart home on the Smart grid surrounded by your Smart appliances drinking some Smart water, you might just want to step outside and look up and notice that you’re being sprayed like a bug. They have a fancy name for it but no matter what you call it, whether it’s Geoengineering or weather modification, they’re dropping nanoparticulate toxins on you and still claiming that what you’re seeing in the sky is nothing more than contrails from jets. Oh really?

Check out: www.geoengineeringwatch.org to learn more.

H.G.Wells describes a world of the future where a woman’s peers watch from the bank of a river where she’s about to drown and they go about their business as if nothing is happening. It’s a world of two societies, one living above ground with all needs provided for and few questions asked. They appear apathetic and show no will of their own.

A world below is inhabited by cannibals who daily summon them with a siren and they march compliantly and expressionless to their certain fate. Some are taken behind a wall that opens up and closes behind them, never to be seen again. Those not taken return to their homes to await the next day’s siren.

Martin Luther King said, “History will have to record that the greatest tragedy of this period of social transition was not the strident clamor of the bad people, but the appalling silence of the good people.”

We are all accomplices in our own fate.

There is no such thing as an innocent bystander.

2 Responses to What’s Up?