The Era Of Industrialized Civilization Is Rapidly Coming To An End 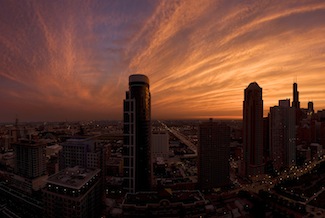 The "Holocene Epoch" is a term which refers to "the age of man". This age is rapidly coming to a chaotic and destructive end. Man's arrogance and contempt toward the planet which has allowed him to exist is truly beyond comprehension. The epitome of this contempt and insanity can be most easily recognized by man's attempt to control Earth's very life support systems, to control the climate. Modern Civilization has completely lost sight of its ultimate and total dependence on the natural world. Much of our "highly educated" society has virtually no understanding or regard whatsoever of the complex and miraculous factors that allow life to exist on our once thriving planet. Yes, those that rule the world are unimaginably corrupt and psychotic, but those in society put them there and allowed them to stay in power in exchange for the material goods and distractions that industrialized society provided. Only if we face the whole truth do we have any chance of changing our course of certain extinction. The article below (like so many others from countless sources) does not acknownledge the critical climate engineering issue, this being said, the data it contains is still valid.
Dane Wigington
geoengineeringwatch.org 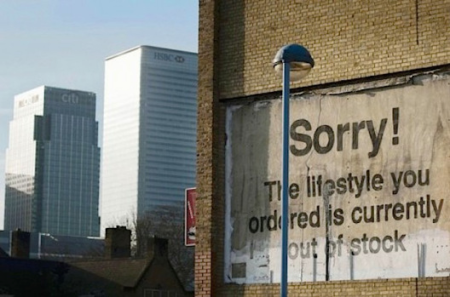 Say Goodbye To The Holocene Epoch

Mankind’s exothermic machine of industrial civilization recently blew past the 400ppm CO2 mile post, causing a few passengers to exclaim, “Homo sapiens have never existed at these levels of heat-trapping gases!” Hundreds and even thousands of years will pass before the full aftermath from our fossil fuel orgy plays out, but we’ll see plenty of nasty surprises in feedback loops and tipping points this century, perhaps most notably sea level rise. Another area of glaciers once thought to be stable has fallen to the human CO2 spike which is occurring 14,000 faster than natural processes and 10-200 times faster than the PETM extinction event. Every so often I feel the need to try to wrap my mind around these horrific statistics and re-examine our place in time as we continue whistling past the graveyard. Keeping in mind that we have yet to take our foot off the gas pedal of economic growth, I’ll try to make sense of what we are doing to the earth by looking back at paleoclimate records when such atmospheric conditions did exist:

– The last time carbon levels reached 400 ppm, and “mean global temperatures were substantially warmer for a sustained period,” was probably 2-3 million years ago, in the Mid-Pliocene era.
– Sedimentary cores taken from a Siberian lake north of the Arctic Circle shows that mid-Pliocene atmospheric CO2 measured between 380 and 450 parts per million. Those same cores contain fossil pollens from five different kinds of pine trees as well as numerous other plants we don’t find in today’s Arctic.
– Temperatures were 2-3 ˚C higher—about 4-6 ˚F—above pre-industrial levels.
– Arctic temperatures were between 10-20 ˚C hotter.
– Sea levels were, on average, between 50 and 82 feet higher.
– A warmer Arctic saw the spread of forests and forest biology to the far reaches of the north.
– Many species of both plants and animals existed several hundred kilometers north of where their nearest relatives exist today.
– The Gulf Stream and North Atlantic Current experienced enhanced heat transport pushing warm water further to the north. Similar heating in the Pacific impacted the areas as far north as the Bering Sea.
– Arctic ice was “ephemeral”, as in, not permanent, and melted in the warm season.
– North Atlantic regions warmed considerably.
– Australopithecus afarensis, an early hominid at the time, roamed East Africa and slept in trees, eating mostly fruit, seeds, roots, and insects with occasional scavenged meat.
(sources: Motherboard, wfs.org, and yalescientific.org)

The prehistoric environment described above is not compatible with modern-day civilization and its billions of infrastructure and supply chain-dependent people. Billions will perish without the technological exoskeleton that houses, feeds, and nurtures them. Nearly all are under the spell that our money system, economy, and energy resources are somehow more vital to us than the environment upon which those manmade structures were built. What they don’t realize, or appreciate, is that nature’s ecosystems are what provide the foundation for any civilization if we want breathable air, potable water, arable land, and a planet hospitable to humans. We have gone a long way in undermining this foundation and now hold the dubious honor of being this planet’s first sentient beings to predict, document, and witness their own self-inflicted demise. This was the Holocene, as discussed here. Notice the red “temperature anomaly” spike at the very end of that era. Put in context with other geologic eras, it looks like this. See the difference? The Holocene was a very stable period compared to any other time in the deep past, but we wrecked it with our greenhouse gases. The climate system’s lag time prevents us from seeing the full effects just yet, but changes in the earth’s hydrologic cycle and weather patterns are already apparent. In response to such changes, trees are adjusting the speed at which they cycle water.

I peg the dawn of the Anthropocene at the mid 19th century when fossil fuel consumption began to take off, ramping up anthropogenic climate change:

If we expand our historic view of industrial civilization’s gargantuan appetite for energy, we see it as an aberrant blip in evolutionary time when Homo sapiens, fueled by hydrocarbon, disrupted all the major biochemical processes of the planet.

We have a 10% chance that the earth will warm 6°C by 2100 according to scientists, but the fossil fuel industry is betting it’s a sure thing by planning its future business around magical, nonexistent technologies that would remove CO2 emissions. Notwithstanding the armchair technotopian dreams of a future world that includes driverless cars, zero-point energy, and asteroid mining, we are living at the peak of capitalist industrial civilization which produces a continual flood of products promising to improve and enhance our lives but which, in the end, only complicate them. We are trapped between mindless consumerism and the thoughtless destruction of the environment. Tim Garrett calls our dilemma a double bind. The only thing that will save us from a deadly warming of the planet is the very thing that will destroy most of us if it happens —the complete crash of the global economy and its CO2 emitting process of “building wealth.” Homo economicus is too busy converting his rich environment into monetary tokens to think about the consequences of what he is doing or perceive the impending crash of the earth’s biosphere that will take care of the human overshoot problem and all the transient material wealth that has been covetously accumulated and guarded. Rising oceans, floods, fire, drought, and various superstorms from a damaged biosphere will take it all back and destroy it. For a species that has created a throw-away society, such an end is fitting. With every loss we inflict upon biodiversity, extinction creeps ever closer toward us. The consequences of ignoring the hard laws of physics, chemistry, and biology will be dire:

Countries once thought of as having relatively stable and developing economies like Brazil are now openly contemplating the use of their military in order to keep the megacity São Paulo from spiraling out of control in the face of severe climate change-driven droughts. And in the so-called First World country of America, president Obama’s science adviser is warning that “climate change could overwhelm California,” a state that grows a large percentage of what the country eats:

…The huge inertia built into the energy system — a $25 trillion worldwide investment in a mainly fossil-fuel infrastructure — is colliding with enormous momentum in the climate, which responds slowly to the buildup in greenhouse gases. The world is not even yet fully experiencing the results of emissions put into the atmosphere years ago, he said. It will take decades to turn both systems around.

“If we stopped emitting today, the temperature would still coast up for decades to come,” Holdren said.

He recalled sitting on a presidential science advisory panel during the Clinton administration.

“Quite a lot of folks were saying the impacts of climate change are uncertain and far away, the costs of dealing with it are large and close — therefore, we should wait and see what happens,” Holdren said.

Wall Street investment fund guru Jeremy Grantham is predicting a “severe upheaval in agriculture as a result of climate.” I wonder if he still holds faith in mankind’s techno-fixes. Interestingly, the CIA is shuttering a secretive climate research program called Medea that studies how global warming could worsen conflict. Its closure to the public will end much of the access that climate scientists had to its data, leaving me to wonder if such information was becoming too sensitive for national security reasons. Perhaps it would be too hypocritical and cynical even for the CIA to be studying climate change as a conflict multiplier when the U.S. military, the planet’s single largest polluter, is exempt from auditing its own CO2 emissions and is drawing up plans to turn the Arctic into a war game zone. As with all nations’ militaries, The U.S. is not interested in protecting the Arctic, but exploiting this “new frontier.”

The mental traps and psychological defense mechanisms employed by early man makes him a basket case of contradictions and ironies, simply adding more insurmountable obstacles to the insoluble problem of capitalist industrial civilization. That’s why we love dystopian operas that reflect our own twisted culture and capitalist society.

Extreme weather events are rapidly increasing. Right now we are in the 6-sigma risk zone of climate change.