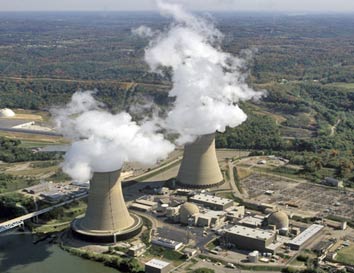 Producing cloud seeding particles from ground level for weather modification purposes is not only possible, but regularly practiced. Supplying the colossal quantities of water needed to form, fuel, an feed even the smallest of precipitation events, is another matter altogether. I have had a number of people request that I address the completely false information / conclusions being propagated (by some sources and individuals) who are stating that power plant cooling towers are being used as a primary or major source of atmospheric moisture for climate modification. I have not written about this disinformation until now as the cooling tower conclusion is so ludicrous and so mathematically impossible that I felt it did not actually need to be "debunked". This being said, some published photos and videos (with completely false conclusions) of the steam plumes above cooling towers could lead to confusion for those that have not actually investigated or done the math. Why is it so important to set the record straight in regard to the "cooling towers supplying water for storms" disinformation? Because such patently false narratives completely discredit the anti-geoengineering community as a whole. If we lose credibility we lose any chance of academia joining us in this critical battle. We cannot prevail in this fight without uniting many factions of society in the effort. If we lose the battle to expose and halt climate engineering, all is lost. 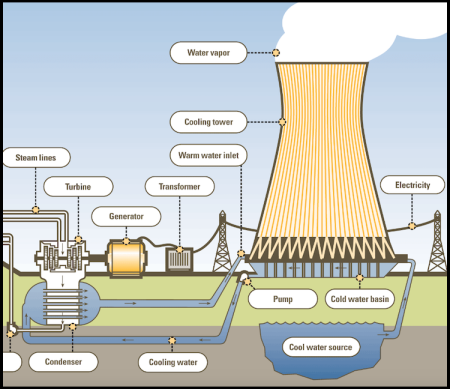 Power plant cooling towers are comparable to the radiator on a car. The towers and associated components are designed to keep power generation equipment within standard operating temperature ranges.

I have personally worked on cooling towers for Bechtel Power over three decades ago. The facility I was involved with was the "Coolwater Coal Gassification Project" located in Dagget, California. Dagget is in the middle of the Mojave Desert. How much available water is there in this desert? Very little, and for this reason these cooling towers were a "closed loop" system (the cooling tower water is recycled). An ever increasing number of power plants use the "closed loop" system in order to conserve water. Further, many power plants now use "Dry Cooling" systems that lose almost no water to the atmosphere. Though many power plants do use steam turban generators, the actual volume of water lost to the atmosphere is minimal. In comparison to even the smallest of rainstorms, the amount of water vapor put out by power plant cooling towers is completely insignificant. As already mentioned, most cooling tower facilities simply recirculate the water, only losing a slight amount to the atmosphere. Though the steam plumes they emit may seem substantial, the moisture content they emit is, again, insignificant and meaningless from an atmospheric perspective. The graph below shows the amount of water consumed in various of power plants with cooling tower facilities. The consumption is shown in "Liters per Mega Watt hours". If we convert liters to gallons, even the most water intensive power plants still use only about 1000 gallons per Mega Watt hour (while most other facilities use much less). Now consider that only 1 inch of rain over only 1 square mile is equivalent to almost 20,000,000 gallons. 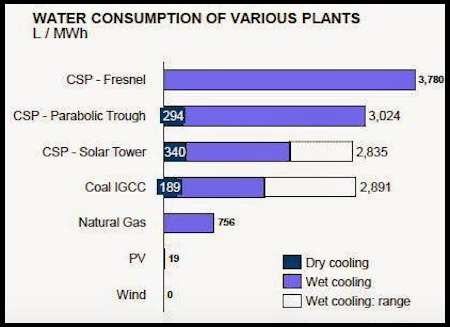 It is also essential to consider and remember that in already humid conditions, the entire evaporative process from cooling towers is completely diminished. The claim that unimaginable quantities of water could be magically evaporated from the ground to higher levels of the atmosphere during a storm when the RH (relative humidity) is already at or near 100%, goes against all known laws of physics. It is simply impossible. The cooling ponds or reservoirs that supply water for many steam generating power plants are generally not large (perhaps an acre or two of surface area and very shallow) and are supplied by conventional wells in many cases. People need to picture the amount of water that pours out of the sky which can form huge lakes, rivers, and wide scale flooding in a very short time. To believe that isolated steam cooling towers could magically put this volume of water into the sky from water sources (that are often only ponds fed by wells with feed pipes as small as 4 inches in diameter) is beyond ridiculous. Many have unfortunately mistaken the formation of large convective storms seen on radar images (not just a localized plum of steam) as being the result of cooling towers. This conclusion is patently false. We must all use our sense of reason and avoid conclusions that come from an impressive picture (or satellite loop video) without due investigation and consideration. The 60 second video below contains time lapse imagery of a convective cumulous cloud forming over a mountain range. Note that there is are not plumes of moisture coming from ground level as we are told we should see by those claiming moisture for storms is now the result of cooling towers.

Some are now even claiming that there are "ocean based vapor machines" which are supplying incalculably extreme quantities of water, enough to even supply hurricanes. Aside from the fact that such a process is scientifically and mathematically far beyond impossible (with any known technology or process), have those making such claims ever provided even the smallest grain of tangible evidence to support their claims? Anything at all? Extreme caution and skepticism is warranted with any sources or individuals who propagate such patently false claims and conclusions, such as the "cooling towers are supplying the water for storms" narrative.. All of us have a responsibility to actually investigate before blindly accepting or coming to conclusions. We have a responsibility to use our sense of deductive reasoning. If we are to have any chance of prevailing in the effort to expose and halt the climate engineering insanity, credibility is crucial. Though there is much we can not yet know in regard to the full spectrum of the climate modification programs, or the totality of processes used to carry these programs out, the cooling tower moisture supply theory should be seen for what it is, a mathematical impossibility. The article below will add further detail to this subject. Dane Wigington geoengineeringwatch.org 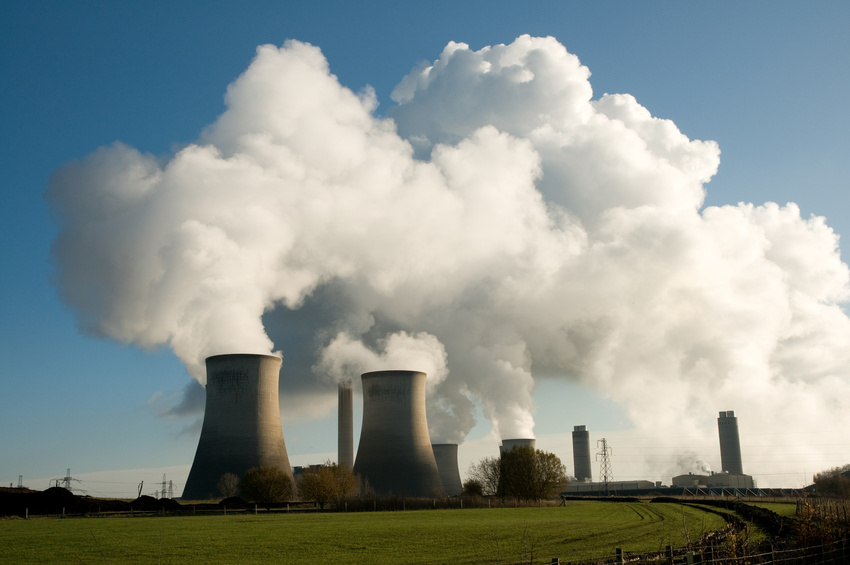 How it Works: Water for Power Plant Cooling

Source: Union of Concerned Scientists In the United States, 90 percent of electricity comes from thermoelectric power plants—coal, nuclear, natural gas, and oil—that require cooling.   The remaining ten percent is produced by hydroelectric and other renewable energy facilities.  Some renewable energy technologies are thermoelectric as well, including certain types of concentrating solar, geothermal, and biomass power plants. Contents: 1. Why is Cooling Necessary? 2. Types of Cooling 3. Electricity Generation Technologies that Use Cooling 4. Other Key Issues

Why is Cooling Necessary?

Thermoelectric power plants boil water to create steam, which then spins turbines to generate electricity.  The heat used to boil water can come from burning of a fuel, from nuclear reactions, or directly from the sun or geothermal heat sources underground.  Once steam has passed through a turbine, it must be cooled back into water before it can be reused to produce more electricity.  Colder water cools the steam more effectively and allows more efficient electricity generation [1] Types of Cooling Even though all thermoelectric plants use water to generate steam for electricity generation, not all plant cooling systems use water.   There are three main methods of cooling:

About 43 percent of thermoelectric generators in the United States use once-through cooling, 56 percent recirculating, and 1 percent dry-cooling (2008 data). In 2008, some 30 percent of electricity generation involved once-through cooling, 45 percent recirculating cooling, and 2 percent dry-cooling. (In some cases, those same power plants also produced electricity using non-steam systems, such as combustion turbines.)[4]  Table 1: Water withdrawn and consumed for power plant cooling, in gallons of water required per megawatt-hour of electricity produced[5]

Table 1: Water withdrawn and consumed for power plant cooling, in gallons of water required per megawatt-hour of electricity produced[5]

Electricity Generation Technologies that Use Cooling