David Keith Continues His Campaign of Disinformation and Deception 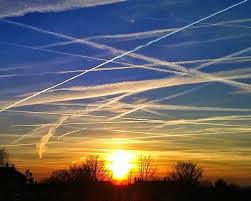 The military/media/industrial complex and their PR puppets like David Keith are still pushing the blatant lie that climate engineering is only a proposal. How long will the public buy this official lie and thus deny what they see with their own eyes?

If you don’t believe there is spraying occurring in our skies, view the 90 second video below

Geoengineer David Keith has just crawled out from under his rock again after the beating he took on the Colbert Report some time back. On the Colbert Report, Keith proposes dumping 20 THOUSAND TONS OF SULFUR into the atmosphere. This is in stark contrast to his earlier proposals of spraying 20 MILLION TONS OF ALUMINUM into the atmosphere. Further, Keith flatly denies that geoengineeing has long since been a lethal reality, this is simply false.

Keith continues to be a public relations prop for the global geoengineers, helping the weather makers to hide their crimes by pretenting the atmospheric spraying is just a “proposal”.

Viewing the first 14+ minutes of the film below is greatly revealing in regard to the reality of the global spraying and David Keith’s incredibly cavalier attitude toward the toxic effects of the same. Keith comes into the video at about the 6 minute mark, but the first 6 minutes are still relevant for the conclusion.

So whats the bottom line with David Keith? He pretents not to know climate engineering has been going on for decades. Keith also pretends not to know that geoengineering programs have long since been wreaking havoc around the globe and poisoning the entire planet. Finally, in the article below, you will see that Mr. Keith wants to convince us all that the deadly climate engineering programs will in fact save us all. This is what Mr. Keith is paid to say and it seems he does so with no regard for the real truth, climate engineering and its toxic fall out is killing the entire planet day in and day out. Its up to all of us to expose people like David Keith for what they are, accessories to the greatest crime in human history.  Global climate engineering is pounding the nails into our collective coffins, let’s all do everything possible to sound the alarm and shine the light on people like David Keith.

David Keith: “Give Geoengineering a Chance to Fix Climate Change”

If you want to see sparks fly, try suggesting geoengineering as a solution to global warming

There may indeed be broad agreement among scientists that climate change is happening, humans are causing it and urgent action is needed to prevent a global disaster. New reports from the American Association for the Advancement of Science and the United Nations Intergovernmental Panel on Climate Change only add to the weight of science’s verdict on the subject. Just what to do about climate change, however – and how quickly – is still a matter of intense political and policy debate.

And if you really want to see the sparks fly, try suggesting geoengineering as a solution to global warming. 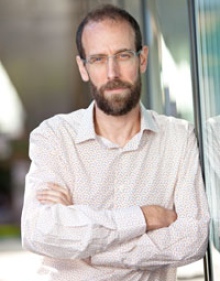 David Keith took first prize in Canada’s national physics prize exam, won MIT’s prize for excellence in experimental physics, and was listed as one of TIME magazine’s Heroes of the Environment for 2009. A proponent of geoengineering to address climate change, he’s now a professor of applied physics and of public policy at Harvard University. (Courtesy Harvard)

​As the term implies, geoengineering is engineering on a planetary scale.

Geoengineering is an attempt to arrest the course of climate change through a number of different schemes, such as seeding the atmosphere with reflective particles. Or putting gigantic mirrors in orbit around the Earth to reflect sunlight back to space. Or fertilizing the ocean with iron to stimulate the growth of carbon-absorbing plankton.

For a lot of people, it sounds like mad science.

And geoengineering has been a magnet for controversy and criticism. Its opponents include some of the world’s most prominent environmentalists, including David Suzuki and Al Gore.

Earlier this year, in fact, the former U.S. Vice President said the very idea of geoengineering is “insane, utterly mad and delusional in the extreme.” He added, “the fact that some scientists who should know better are actually engaged in serious discussion of those alternatives is a mark of how desperate some of them are feeling due to the paralysis in the global political system.”

But Canadian environmental engineer David Keith is taken seriously by policymakers and scientists when he speaks about the possibilities of geoengineering.

Keith was a long-time professor at the University of Calgary and is now a Professor of Public Policy at the Harvard Kennedy School and the Gordon McKay Professor of Engineering and Applied Sciences at Harvard University. He’s particularly interested in solar geoengineering, or solar radiation management, which would involve putting tiny sulphur particles into the stratosphere, where they would reflect solar energy back to space.

In his new book, A Case for Climate Engineering, Keith says geoengineering is a “brutally ugly technical fix.” He cheerfully admits he has a lot of qualms about it as a technology that could have dangerous and unintended consequences, and that it doesn’t address the root cause of climate change: the buildup of greenhouse gases in the atmosphere.

But, as Keith told The Sunday Edition’s Michael Enright in an interview, that doesn’t mean we should ignore the fact that it could rapidly lower the Earth’s temperature and counteract some of the effects of climate change.

It’s technically feasible and relatively inexpensive to do, he adds.

And given how the global community has dragged its heels on reducing emissions, he argues, a crude, quick fix for climate change may become necessary in the decades ahead.

“I think the important point is that it’s not hard to do, that all the hard questions are about whether we should do it, who controls it, how well it works.”

Keith also acknowledges the danger that if geoengineering were to become seen as a proven solution to rising global temperatures, there would be a strong temptation to forego costly emissions reductions and simply press ahead with geoengineering to counteract the results of rising levels of greenhouse gases in the atmosphere instead.

“You [need to] do geoengineering during the time that you slow down emissions. In the long run, you have to bring emissions to zero,” he says.

“But let’s say you’re going to stop carbon dioxide emissions over 100 years. If you do this solar geoengineering, you could spread out the climate change over 200 years, slowing down the amount of climate change, and I would say most climate risks have to do with the rate of change.”

Keith is not calling for an immediate adoption of geoengineering. What he wants to see is scientific and political energy poured into research into geoengineering’s possibilities and risks, and a robust public debate so that informed policy decisions can be made about whether it’s a viable tool to prevent the worst effects of climate change.