Dialog With A Geoengineering Insider (Part 2) 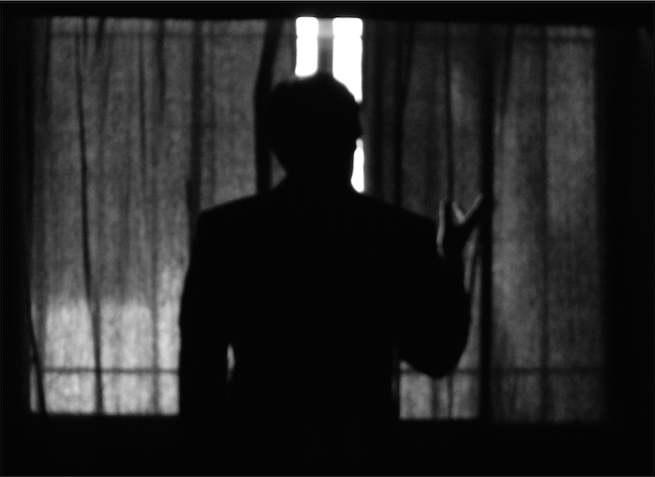 Below is the second and last response from a government scientist and engineer that was inside the climate modification programs. The letter below was sent to former congressional candidate Greg Pallen after the insider communicated with me in a phone conversation. Just as in the first letter from this insider, his self certainty is evident. Like so many that are inside the global power structure, they rationalize their actions. They don’t seem to ever even consider the possibility that playing God with the planet’s life support systems is doing exponentially more harm than any perceived good. This type of person seems to feel that taking such actions without public knowledge or consent is their right. Who gave them this right? The insider’s statements are in italics, my response to each of the insiders statements is in red below the point being made.

Part 1 of Dialog With A Geoengineering Insider

One can tell Dane is running in extreme mad mode.    Which tends to make me shy away.   He tended to take the conversation and run away with it on the phone, and I can tell he is most upset.   So, I do better with you—–perhaps due to your political expertise on difficult issues where there is no serendipitous solution at the moment.

Why would I not be in “extreme” mode when the biosphere, on which my children (and all others) depend, is being torn apart by climate engineering? Why wouldn’t I be upset? This “insider” did not seem to have any real knowledge of many aspects of the climate engineering destruction. This was especially true in regard to issues like the ozone layer damage that is being caused by the atmospheric spraying. Compartmentalization appears to be a factor in this case.

Tell Dane to advocate for turning off all these climate mediation systems off, if he takes all the responsibility for the looming disaster that will kill off 3/4 of the population of the world.    Point out Southern Africa video—-he wants to just let those folks die?    Or do some mediation tactics?   In this case, they have one technique that is less polluting.

The statement above must be carefully considered. The insider clearly reveals what I believe is the programed mindset of so many that are participating in the climate engineering insanity. They are told (and seem to believe) that they are saving the world, or at least delaying its destruction. All available data indicates a completely different conclusion in regard to the ongoing geoengineering programs. The climate engineering is decimating the planet’s life support systems and the entire web of life from the clouds to the ground. Though there will be severe climate rebound (or backlash) if and when the atmospheric aerosol spraying is halted, this is the only way the planet can respond to the damage already done. Climate engineering over the last 65 years has made an already bad situation exponentially worse. The insider also mentioned Africa, but does not seem to know that Africa has been the victim of weather warfare for many decades already.

He wants nature to correct for these man-made problems due to Ozone and it will but it takes a hundred years.   In the mean time, the methane hydrate issues can make for a much hotter world.   The planet is pumping up the humidity or vapor water, but the aerosol mechanism needs to be returned—but the damaged factor there won’t return for many decades.

As I mentioned above, the insider does not seem willing to recognize the countless aspects of climate engineering that are destroying the atmosphere and biosphere as a whole. What about the total contamination of the entire planet? He never even goes there, no mention whatsoever. I am extremely aware of the threat from Ch4 release, and have covered this factor in most presentations for many years. Climate engineering is making the methane situation worse, not better.

Dane can get a lot of attention and I am all for opening things up—-but I am not for doing nothing.  That activism will be Dane’s and potentially your greatest good deeds.    On either side of this issue, it needs openness for better decisions and to allow stakeholder issues to be vented.   There are more honest ways to deal with the issues that only come with openness.    Openness might even put enough exposure to the public heat to cause them to do less damage to California.

The statement above could be read a number of ways. If this insider was truly about honesty, he would speak out in an open forum, not from the shadows to which he has again disappeared. He defends the climate engineering insanity and then admits that public pressure could cause the geoengineering juggernaut of insanity to back off on the engineered drought catastrophe being inflicted on the US West? Does this add up?

No doubt he is giving some of the military missions a serious hot foot, and they’ll either have to get less obvious or come clean at some point.

I can only hope that many of the honorable men and women in the US military are in fact truly considering what they are involved with in regard to the climate engineering insanity. I can only hope that they are realizing that they have been lied to and used as pawns in a game of global ecocide and genocide that will eliminate any hope of a future for themselves and their own children along with the rest of us. The military industrial complex could do away with me or any of the rest of us anytime they wished. It is my hope that those in the US military and government who have retained their honor are listening and considering that the anti-geoengineering movement is trying to save what’s left of the planet for all of us, including them and their children.

Coal emissions changed the rainfall patterns all across the US, so in like fashion does Dane want to give up coal fired electric generation ?      I don’t think so.     He appears to have voted for scrubbers and in California some coastal nuke plants that have risk problems too.

Here the insider is truly grabbing at straws to justify his actions and participation in the climate engineering insanity. The effect to rainfall patterns from coal emissions are minuscule in comparison to the intended disruption being caused by geoengineering which can only be termed weather and biological warfare against all populations of planet Earth. Burning coal is not in our best interest, neither is nuclear power, but both subjects are simply a diversion from the subject at hand, the climate engineering insanity.

Under more Govt openness a lot quicker turn around might be possible, and then we begin to see why some are beginning to do better things for Southern Africa’s somewhat like problems to California’s.

Here the insider is clearly living in an alternate reality. Climate engineering/weather warfare is not about the common good. Not in Africa, and not in California. It’s about power and control. It always has been and always will be.

There isn’t an instant fix for the problem and Dane seems to think that doing nothing will fix things, when in the next decade he might find his house under water or some dark days from volcanic effects gone wrong from his fix.    One can see what doing nothing is doing for Japan—basically because no one can get close enough to change the issues due to radiation.    We also can’t get to the atmosphere problems to fix those directly either.

In the statement above we have a crystal clear look into the mindset that has brought all life on Earth to the brink of total extinction. The arrogance is beyond belief and is certainly an underlying factor with so many involved in the geoengineering programs. These people believe that they know better than nature, and are wiser than the natural systems that have sustained life on our planet for a very long time. From the GMO foods to our now dying GMO planet, they will continue if not stopped until all is completely destroyed beyond any recovery. Those at the very top of the global power cabal certainly have many nefarious agendas that are likely aspects of the spraying operations. But the vast majority of those carrying out the programs are peering through the same looking glass as this insider. A very colored, dangerous, and distorted lens.

Mankind treated the atmosphere and oceans as a dump, and it found the breaking point.    XXXXXX (name of facility redacted) screwed up worker health and I and others forced the changes on fluorine systems, even forced closure of K-25 and getting all the DUF-6 cylinders in XXXXX (name of facility redacted) out and making conversion to metals that store long term much better.

Here the insider is trying to convince himself again that he is working for the common good. It is unlikely people like this will ever truly take responsibility for all that they have participated in.

No one wanted to do nothing there, and this climate change issue is an even more important thing to not do anything.

In the statement above, arrogance and insanity is again very evident. The government scientist’s mentality of doing “something” even if that something makes the entire situation exponentially worse. This is the same mentality that has detonated 2000+ nuclear bombs, blowing up once pristine islands in the South Pacific and contaminating everything on Earth. It’s the same mentality that has constructed enough nuclear weapons to mathematically exterminate life on Earth 12,000 times over.

Time will tell, but somewhere along the line when Dane discovers some of his ideas might end lots more than trees in California he will change and he will learn slowly.

Here, yet again, the insider only seems capable of seeing reality through his own lens. The arrogance of attempting to justify playing God with the Earth’s life support systems is apparent. This type of people live in a reality where they believe they know better how to sustain life, than life itself. There is no acknowledgment whatsoever of the endless list of catastrophic effects to the planet and all life which can be directly linked to the climate engineering programs.  I cannot say for certain what the motive was for this scientist that came out of the shadows long enough to communicate a bit. I recognized his name from documents I have seen. I and Greg Pallen promised to protect his identity and we must keep that promise, but the day will come when all is in the open. When that day does come, all those that participated in the geoengineering insanity should be held accountable for their actions in a court of law set up by the citizens of the world.

31 Responses to Dialog With A Geoengineering Insider (Part 2)