Geoengineering Mexico: What is the effect on the population; a first hand account 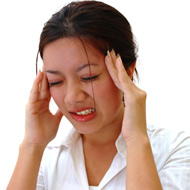 When I was about four years old my parents began taking me on trips to Mexico. I loved going there: for the people, the colors, the climate. To me, life, light, and color seemed more vibrant in Mexico. Plenty of people in my extended American family are of the “children should be seen and not heard” school of thought. But in Mexico children are sacred, so traveling there represented a kind of holiday destination where children are cherished and adored by everyone for simply being a child.

In 2006, far into adulthood, my husband and I realized our lifelong desire to live in Mexico. Back then, babies were extremely common. There is no aspect of a Mexican extended family in which children are not welcome. Anyone who wanted children had plenty of them. No one had strollers, nor did they want them. You would see little babies in arms as commonly as a purse. Mexican people were sharp, alert, physically fit and always showed kindness and respect to their children. In the villages you would never hear the kind of fussing and fighting so common in America. Any gringo could witness this, as, mostly due to the warmth of the climate, life transpires out in the open. Because their children are nurtured, held, loved and never left alone, little ones grow up with a strong sense of security. A tiny baby would watch you passing by from the safety of his or her parent’s arms with quiet clarity. Their rapt, intent gaze always amazed us, as these behavior patterns were in such stark contrast to the more common, borderline autistic behavior, which many US children seem so afflicted.

We also enjoyed their sharp sense of intellect. Mexicans loved to hone their wit on word games called dobles sentidos (plays on words and double entendre). They congregated at taco stands and laughter rang out long into the night as witty, fun-loving people entertained themselves with imaginative wordplay. And song! At all times everyone seemed to sing. They were great workers, too. Problems could be solved organically without ever calling in a bureaucrat or police officer to intervene. The beauty and essence of extended family life soothed our souls.

Then, the Monday morning after the November 2008 G-20 Summit meeting in Washington, D.C., Mexico found itself under attack with aerial chemical spraying campaigns. Absurdly enough, shortly thereafter, we found ourselves sweeping mysterious, snow-like particles from our patio. The material stuck to the upward-facing parts of vehicles no matter how fast they traveled along the roads and highways. Driving out from the cities one could observe planes flying in, spraying, flying out, turning spray off, hair-pinning around and going back again for another swipe while turning the spray back on. The cities literally appeared as if in a whiteout.

While this was happening, we took photos and tried to talk with both Mexicans and Americans about what was going on in the skies. But very few were interested in the topic. Most were skeptical. Some resorted to ridicule.

By 2011, babies became more and more uncommon. Equally uncommon were pregnant women. The box stores in the Ley chain used to devote as much as an eighth of their total floor space to infant and toddler merchandise. By 2011, in a bustling store during peak shopping hours when shoppers found it difficult to pass two carts at the same time in the food aisles, the children’s section of the store would be vacant. There was no purpose in buying diapers, etc., because it seemed there were no longer any babies. 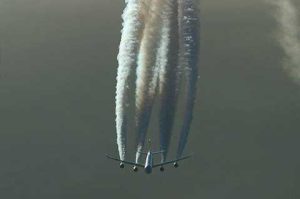 The elderly began dying all around as well. The numbers of deaths due to cancers, sudden onset of diabetes, shutting down of vital organs, etc., was alarming. The reports and news stories were not so much objective and anecdotal; now it was personal because it was happening to our family and friends. We hardly knew a family member untouched by death or catastrophic disease.

We also noticed that our friends were gaining weight at an disturbingly fast rate. Even the ones whose jobs were physically exhausting – a mover who handled boxes and heavy loads every day, for example – began to rapidly gain weight.

Almost all the Mexican families we knew began losing their loved ones. By last year, at age 56, I was one of the oldest people in our circle of family and friends. We estimated that if the attrition rate across the country rivaled what we experienced in our personal social periphery, then there must have been five- or ten-million deaths among older Mexicans. For all the fatalities touted in the nonsense drug war, the personal death and sickness among Mexican families had to be one-hundred times as much.

In years past, every evening without fail, the village elders would seat themselves on benches in the zocalo (town square) to watch children play. Entire families came out; it was a social beehive every night. Recently it has become difficult to find elderly people. Instead of diapers, families are busy changing colostomy bags, or the like. Just about the time the geoengineering campaigns started, oceans of pharmacies magically sprouted up on every corner. Because there was so much traffic, as families doctored their sick, pharmacy doors rarely ever remained closed for more than three minutes.

Besides inflicting illnesses, our suspicion is that there is also a massive effort to sterilize the public. Arriving in 2006, we applauded and congratulated Mexico for its overall health and fitness. We were glad not to see the “Walmart” species of obesity anywhere. Girls were willowy, with lean thighs about the size of the average US woman’s upper arm. Every woman or pubescent-age girl you saw had an hourglass shape. Now the obesity among Mexican women is off the charts – human forms so grotesque and huge there is no word to describe it. Large, fat appendages droop in proud, puffy flaps off peoples’ trunks and limbs; not concentric growth the way obesity manifested in times past. Often, this bizarre fat form is asymmetrical, unrelated to proximate areas. You might see enormous – bizarre even – upper arms with normal forearms.

We have since learned that the corn species supplied to government-controlled tortilla producers has been changed to one that compromises male fertility. This might explain the rapid weight gain and would be consistent with something that provokes an estrogen response, which is the key action of birth control pills. We also observed masonry hoddies – men who carry 5-gallon buckets of cement up and down ladders all day long – who could not keep the flab off their bellies.

Because of all of this, we honestly feel we are observing a mass-genocide in Mexico, which, incredibly enough, is still in progress.

12 Responses to Geoengineering Mexico: What is the effect on the population; a first hand account