Is Mexico A Target For Population Control? What about other Latin American Counties? 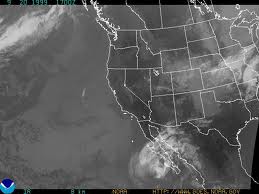 Mexican birth rates are in “free fall” according to the latest statistics.

Certainly there are many causal factors for such declines in population. Economic conditions, educational factors, etc, but how much have environmental factors contributed?

I have always tried take into account the input and experiences of others in this ongoing fight against climate engineering. Such input is invaluable as it is virtually impossible to fully understand what is unfolding in different regions by looking at media coverage since any major media source is tainted.

I made the decision to post an essay (linked below) from an clearly compassionate individual that had a personal experience to share about the startling things she witnessed during a number of years that she spent in Mexico. Though the essay did not cite links for supporting studies, I had mistakenly hoped readers might do some investigation of their own. This did not happen so I must accept that I made a bad decision by not posting supporting data for the authors essay myself. Though I feel the article was beautifully written, articulate, and accurate, the lack of any links to supporting information seems to have brought a wave of criticism. I regret not adding source links for the article to assist the author, and I apologize for that, but her statements are supported by available data or I would not have allowed the post.

There is information available on line from multiple sources that conclusively links heavy metal exposure to the effects cited as occurring in Mexico. Rapidly declining birth rate, increasing obesity, deteriorating health, and decreasing longevity. I have personally interviewed a tenured bioscientist professor from Stanford University that is a nano particulate specialist. This scientist confirmed that ongoing studies at Stanford have conclusively linked aluminum toxicity to type 2 diabetes, obesity, declining longevity, and a continuing list of degenerative diseases far too long to go into in this statement.

Aluminum is a primary element named in numerous climate engineering patents, it is also the primary element showing up in countless lab tests of precipitation from around the globe. This fact confirms beyond doubt  that the skies are full of aluminum and we are all exposed to this contamination. We have film footage of the climate spraying going on, so is there really any plausible denial as to this spraying being the likely majority source of contamination?

Mexico has historically had a much higher birth rate than the US, this makes the decline much more visible Mexico as cited by the author in the article linked above.

What we face collectively is nothing short of an all out assault against all life on planet Earth. We must consider that it is entirely possible that Latin American countries might be getting hit even harder by the ongoing spraying than the US population. The citizens in many of these southern countries are much less able or likely to have any means of making their voices heard in regard to what they are experiencing or enduring as compared to the citizens of more affluent countries like the US.

I believe the observations made by the author of the article linked below are likely accurate and worthy of due consideration. Any objective examination of all available data surrounding the ongoing global climate engineering programs and their effects makes clear we are all quite literally in a fight for life on planet Earth. I have posted a number of links below in support of the observations made in the essay linked below.

Geoengineering Mexico, What Is The Effect On The Population, A First Hand Account
https://www.geoengineeringwatch.org/geoengineering-mexico-what-is-the-effect-on-the-population-a-first-hand-account/

LINKS OF DATA TO SUPPORT  THE ESSAY ABOVE

Aluminum and other heavy metals are primary elements named for use in many geoengineering patents.

Heavy metals are showing up in lab tests of precipitation around the globe.
https://www.geoengineeringwatch.org/htm/tests.html

4 Responses to Is Mexico A Target For Population Control? What about other Latin American Counties?