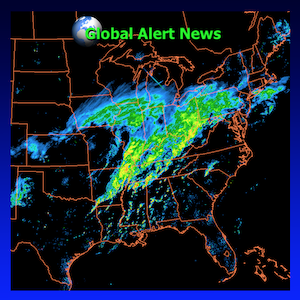 As we enter the new year, what will we collectively face on the wider horizon?  Midwinter flash firestorms in Colorado followed by snow. Warmer temperatures in Alaska than in Southern California. Droughts, deluges and flash frosts are crushing food crop production. Completely engineered climate disruption operations continue to fuel radical weather and temperature fluctuations all over the world. How much more can the climate system take before it is broken beyond any form of functionality? Many are now finally beginning to wake up to the fact that something very nefarious is occurring in our skies. What other controller agendas are simultaneously being carried out? Will there be enough of a public awakening to alter our current trajectory in time to make a difference? The latest installment of Global Alert News is below.