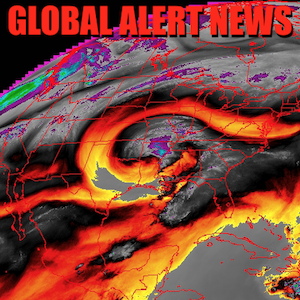 The science community has stated "the time for geoengineering is now", while simultaneously denying that climate engineering has been ongoing for over 75 years with catastrophic results. Crop crushing drought / deluge scenarios are the hallmark of climate intervention operations, both are taking a terrible toll on food production all over the world. Is this just an unintended consequence of climate engineering? Or the actual objective? Given the century long involvement in weather warfare by the military industrial complex, the answer to the former question would seem clear. Will populations awaken to what is unfolding in time to turn the tide? The latest installment of Global Alert News is below.

This week's GeoengineeringWatch.org outreach booth is at the Sonoma County Fairgrounds, Santa Rosa California, and is shown below. My most sincere and continuing gratitude to the Gem Faire exhibition organizers for facilitating and setting up this very effective booth in every week's Gem Faire location. The schedule for upcoming Gem Faire events is HERE. A geoengineeringwatch.org booth will be at all events, thanks to the steadfast support of Gem Faire. 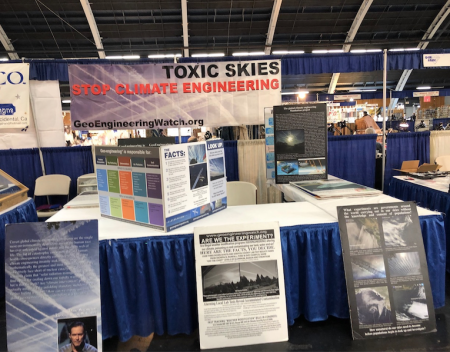