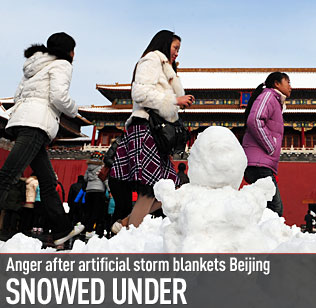 by William Thomas   The anticipated Big Blow came unexpectedly in late October 2012, when a late-season tropical storm picked up enough energy from an unusually warm Atlantic Ocean to maintain hurricane intensity as it tracked north. Blocked from recurving eastwards by the Greenland High, Sandy “did something never observed before in records going back to 1851 – it took a sharp turn to the west and headed toward the most populated area along the eastern seaboard,” scientists said. Invigorated by cold air deflected south from the Arctic, Sandy morphed into “a monster hybrid storm” with “the lowest atmospheric pressures ever recorded” for any storm making landfall north of Cape Hatteras. Instead of snow, Sandy unleashed rain of monsoon intensity.