Total Control of the Internet 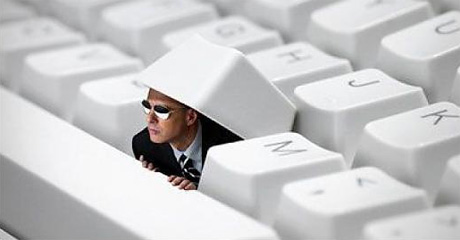 People are now being forced to wake up to the fact that the internet is totally controlled. Though we have all known this has been the case at some level for a very long time, the degree to which this manipulation is increasing has become startling. In August of 2012 an extremely well done music video was produced by my good friend and fellow anti-geoengineering activist Morgan Carey (singer Mariah Carey’s older brother). The song was titled “Cry Die”, the theme of the video is the horrific spraying of our skies. Shortly after the release of the music video, Mariah Carey sent the link to her incredibly massive email list for their review. The site counter for Morgan’s video barely moved in the days afterward. There should have been tens of thousands of hits or more after Mariah’s mail out, instead, almost nothing. Recent disclosures from Snowden and Glen Greenwald have further exposed the degree of manipulation going on. There is no limit to the control being exercised on social media by the powers that control it. I am told by an internet expert I know that the YouTube counts are indeed “throttled back” by the government controlled servers before YouTube can receive the hits and tabulate them. Whatever the controlling mechanism is, the counts on so many posts are being severely reduced. I and many others are experiencing the same sort of apparent massive manipulation of view counts to the down side on any important data related to climate engineering. I constantly get messages from people that they are unable to “share” our FB posts on the geoengineering subject. Most recently the geoenigneeringwatch.org posting of the Shasta County presentation was picked up and posted on a great many sites, is still picking up momentum, in spite of this, very few views are showing up on the youtube counter. Those who so willingly carry out the bidding of the power elite by censoring data and site counts should consider they are hurting themselves along with the rest of us. If the current course of the human race is not altered completely, we have no chance for long term survival. If truth is censored, our fight is made much more difficult. Even short term survival is questionable on the current trajectory. Get educated, get active, and help to sound the alarm, every day counts.
Dane Wigington
geoengineeringwatch.org

Thanks to Edward Snowden, we now have proof about an incredible set of tools used by the British equivalent of the NSA, known as the GCHQ, or Government Communications Headquarters. These tools will essentially confirm every single conspiracy theory you could have ever imagined when it comes to propaganda on the Internet. It allows British intelligence officers to: “manipulate the results of online polls, artificially inflate pageview counts on web sites, ‘amplify’ sanctioned messages on YouTube, and censor video content judged to be ‘extremist.’”

Being the creative folks that they are, GCHQ even came up with code words to describe each “product.” These include, UNDERPASS (for poll manipulation), SILVERLORD (for censorship), GESTATOR (for the manipulation of YouTube views), PREDATORS FACE (for DDOS attacks), the list goes on…

Glenn Greenwald writes at The Intercept that:

The secretive British spy agency GCHQ has developed covert tools to seed the internet with false information, including the ability to manipulate the results of online polls, artificially inflate pageview counts on web sites, “amplif[y]” sanctioned messages on YouTube, and censor video content judged to be “extremist.” The capabilities, detailed in documents provided by NSA whistleblower Edward Snowden, even include an old standby for pre-adolescent prank callers everywhere: A way to connect two unsuspecting phone users together in a call.

The tools were created by GCHQ’s Joint Threat Research Intelligence Group (JTRIG), and constitute some of the most startling methods of propaganda and internet deception contained within the Snowden archive. Previously disclosed documents have detailed JTRIG’s use of “fake victim blog posts,” “false flag operations,” “honey traps” and psychological manipulation to target online activists, monitor visitors to WikiLeaks, and spy on YouTube and Facebook users.

But as the U.K. Parliament today debates a fast-tracked bill to provide the government with greater surveillance powers, one which Prime Minister David Cameron has justified as an “emergency” to “help keep us safe,” a newly released top-secret GCHQ document called “JTRIG Tools and Techniques” provides a comprehensive, birds-eye view of just how underhanded and invasive this unit’s operations are. The document—available in full here—is designed to notify other GCHQ units of JTRIG’s “weaponised capability” when it comes to the dark internet arts, and serves as a sort of hacker’s buffet for wreaking online havoc.

The “tools” have been assigned boastful code names. They include invasive methods for online surveillance, as well as some of the very techniques that the U.S. and U.K. have harshly prosecuted young online activists for employing, including “distributed denial of service” attacks and “call bombing.” But they also describe previously unknown tactics for manipulating and distorting online political discourse and disseminating state propaganda, as well as the apparent ability to actively monitor Skype users in real-time—raising further questions about the extent of Microsoft’s cooperation with spy agencies or potential vulnerabilities in its Skype’s encryption. Here’s a list of how JTRIG describes its capabilities:

• “Amplification of a given message, normally video, on popular multimedia websites (Youtube)” (GESTATOR)

• “A suite of tools for monitoring target use of the UK auction site eBay (www.ebay.co.uk)” (ELATE)

• “For connecting two target phone together in a call” (IMPERIAL BARGE)

While some of the tactics are described as “in development,” JTRIG touts “most” of them as “fully operational, tested and reliable.” It adds: “We only advertise tools here that are either ready to fire or very close to being ready.”

And JTRIG urges its GCHQ colleagues to think big when it comes to internet deception: “Don’t treat this like a catalogue. If you don’t see it here, it doesn’t mean we can’t build it.”

The document appears in a massive Wikipedia-style archive used by GCHQ to internally discuss its surveillance and online deception activities. The page indicates that it was last modified in July 2012, and had been accessed almost 20,000 times.

GCHQ refused to provide any comment on the record beyond its standard boilerplate, in which it claims that it acts “in accordance with a strict legal and policy framework” and is subject to “rigorous oversight.” But both claims are questionable.

British watchdog Privacy International has filed pending legal action against GCHQ over the agency’s use of malware to spy on internet and mobile phone users. Several GCHQ memos published last fall by The Guardian revealed that the agency was eager to keep its activities secret not to protect national security, but because “our main concern is that references to agency practices (ie, the scale of interception and deletion) could lead to damaging public debate which might lead to legal challenges against the current regime.” And an EU parliamentary inquiry earlier this year concluded that GCHQ activities were likely illegal.

As for oversight, serious questions have been raised about whether top national security officials even know what GCHQ is doing. Chris Huhne, a former cabinet minister and member of the national security council until 2012, insisted that ministers were in “utter ignorance” about even the largest GCHQ spying program, known as Tempora—not to mention “their extraordinary capability to hoover up and store personal emails, voice contact, social networking activity and even internet searches.” In an October Guardian op-ed, Huhne wrote that “when it comes to the secret world of GCHQ and the [NSA], the depth of my ‘privileged information’ has been dwarfed by the information provided by Edward Snowden to The Guardian.”

4 Responses to Total Control of the Internet