Geoengineering, Aluminum, Cancer, Its All Connected 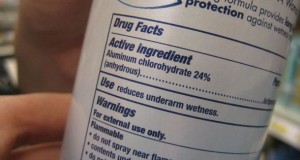 Though this study continues to reveal the lethal effects of aluminum, like so many other articles, it of course fails to even mention the “elephant” in the room, stratospheric aerosol geoengineering AKA chemtrails.  Aluminum appears to be the primary element that is being sprayed in skies around the globe.  It is the primary element showing up in lab tests of rain and air samples done by concerned citizens from too many countries to name.  The form of aluminum used by the SAG (stratospheric aerosol geoengineering) programs is ultra fine particles in the 10 nanometer range.  Untold tens of millions of tons of this material is being dumped into our breathable air column for each and every one of us to inhale. Internationally recognized neuroscientist Dr. Russel Blalock states that particles this small enter straight through the lung lining and into the blood stream where they continue into the brain and spinal cord in addition to damaging countless other aspects of the human body. We are all the subjects of a grand experiment. The ongoing global climate engineering programs are unarguably be the most immediate and dire threat to all that lives and breaths short of nuclear catastrophe.  Many are finally beginning to wake up to a harsh reality, if the global spraying programs are not brought to light and to a stop, we will soon enough have little to care about, starting with our health.
Dane Wigington
geoengineeringwatch.org

We are all exposed to a range of cancer causing chemicals and substances unwillingly every day. One substance that the globalists and government don’t want you know about that could be causing you considerable harm and health problems is aluminium. The fact is most people are exposed to aluminium on a daily basis. Very little is publicized about the risks and dangers of being exposed to aluminium and most of us are unaware of how many common products use aluminium as a medium of storage or control.

New research published in the Journal of Applied Toxicology has revealed thatlong-term exposure of MCF-10A human mammary epithelial cells to aluminium results in anchorage-independent growth, a key hallmark of cultured tumour cells and of cells on the way to malignant transformation. This study also found that shorter (7 days) exposure to aluminium results in diminished cell numbers owing to cellular senescence. 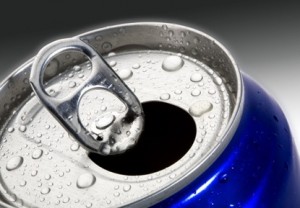 The effect of aluminium on cellular proliferation and cellular senescence is strikingly similar to that of activated oncogenes, which increases DSBs and cellular senescence by inducing proliferation stress when transfected into normal cells. The study found this effect surprising for aluminium, present in antiperspirants at high concentrations because, presumably, it is considered harmless for the breast area. In contrast to gallium and indium which belong to the same group as aluminium in the Mendeleev Table, they did not induce anchorage-independent growth in MCF-10A cells, showing that the effects reported in this study are specific for aluminium. (1)

Although most of us are exposed to aluminium at home, many are exposed to aluminium during the producing of aluminium products. Aluminium production and metalworking industries have shown consistent elevated risks for pancreatic cancer (3). In Canada, the mortality of a large group of men employed in aluminium production using the Söderberg process was examined between 1950 and 1977, and compared with the pertinent rates for the Province of Quebec. Workers exposed to condensed pitch volatiles exhibited significantly increased mortality from all cancers (304 observed, 246.6 expected), and from oesophageal and stomach cancer (50 observed, 32.8 expected), lung cancer (101 observed, 70.7 expected) and other malignancies (60 observed, 45.3 expected) (4).

OTHER PRODUCTS THAT CONTAIN ALUMINIUM

Aluminium salts are also found in many common medicines.

Please note, if your doctor has prescribed the above three medicines, pleasedo not discontinue using them. Speak to your doctor at your next appointment and ask if there are any suitable alternatives.

SYMPTOMS OF OVER EXPOSURE TO ALUMINIUM

The fundamental problem we all face is that the many symptoms of aluminium poisoning are usually associated with other illnesses. This therefore poses a risk to the identification and causes of many illnesses. Symptoms of over exposure to aluminium can be: 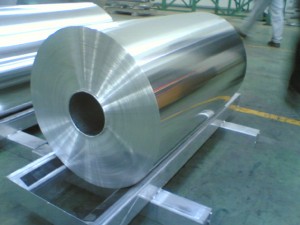 HOW TO REMOVE ALUMINIUM FROM YOUR BODY

There are many options available if you would like to remove heavy metals such as aluminium from your body. One recommendation I would first suggest would be to visit your local Naturopath. Your local Naturopath would have a good understanding of what foods are ordinarily consumed were you live and the local remedies that are available. Common foods that can be used to detox heavy metals are as follows:

The risks associated with being exposed to aluminium regularly outweigh the cost of avoidance. This harmful product is found in our food, medications and cosmetics. Over exposure can increase the risk of developing Alzheimer’s disease and various other illnesses. The best way to reduce the risk of being over exposed to aluminium is to avoid it all together. What the globalists and our government are doing here is exactly the same as what they did with the use of BPA in children’s products. I encourage you to begin making the necessary changes to your daily routine to eliminate this heavy metal from your body. We are already over exposed to many heavy metals and poisons and this is one that can be easily eliminated.

Written by Andrew Puhanic – The Globalist Report
http://www.theglobalistreport.com/new-study-reveals-how-aluminium-promotes-cancer-growth/<—link to article

4 Responses to Geoengineering, Aluminum, Cancer, Its All Connected