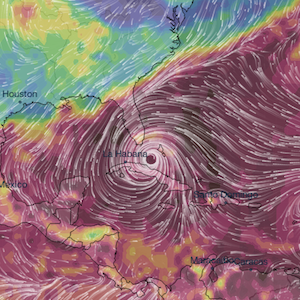 Hurricane Harvey brought an abrupt and catastrophic end to the 12 year long major hurricane landfall drought in the US. Were climate engineering programs a factor in the Harvey disaster scenario? Available data has already made clear the answer is yes. How much decimation will the manipulation of Hurricane Irma inflict? The US government has been actively engaged in hurricane modification programs for a minimum of 70 years, historical documents prove this fact conclusively. Yet, the power structure controlled circles of academia (and corporate media) continue to fuel total denial of the climate engineering hurricane modification reality, this should not be a surprise. How much decimation have global geoengineering / weather warfare programs already caused? What are the primary objectives and agendas? How much worse will it get? The short video below provides verifiable data to confirm that climate engineering is a reality, and exposes some of the primary objectives.

Exposing and halting the ongoing climate engingeering / weather warfare / biological warfare assault is the great imperative of our time. The best chance we have of accomplishing this monumental task is by raising an army of the awakened, by reaching a critical mass. The most effective way of accomplishing this is by sharing credible and compelling data with family, friends, organizations, agencies, elected officials, the list is endless. Only when enough of the population realizes that the fight to expose and halt climate engineering is a fight for life do we stand a chance of bringing these programs to a stop. Make your voice heard, we must all do our part.
DW