Our Climate, It’s Not As Bad As You Think, It’s Much Worse 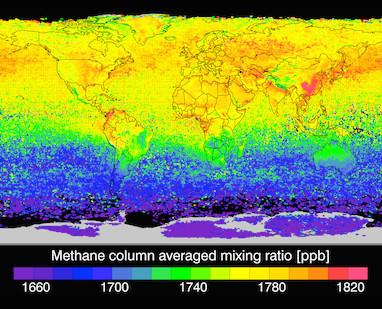 Share1.7K
Tweet
+1
Share
Pin
1.7K Shares
Voices of reality are not appealing to the masses, no one wants to hear unpleasant truths. The majority are not even willing to examine any facts that threaten their perception of reality. Soon, very soon, they will have no choice but to wake up. The planet's energy balance has been horrifically altered. There is unimaginable inertia behind the wheels that are now turning, life on Earth is truly uncharted territory. Even at this late hour total denial in our society is epidemic, this includes many in the ranks of those who claim to be fighting against the climate engineering. Denial of verifiable facts undermines credibility and is thus detrimental to the fight against climate engineering. False conclusions built on ideology and wishful thinking will not change reality. Industrialized society is collapsing even now, it was always doomed in its current form. Perpetual expansion in a finite space is clearly and obviously impossible, but how many in our society even speak of this? If we are to save any part of our miraculous planet's life support systems, we must all find the strength to face reality head on. We must all find the strength to stand firmly against the insanity and make our voices heard. The video below is important to review and consider carefully, the gravity of what is unfolding around us all is clearly conveyed in it. Catastrophic methane release is already occurring in the Arctic.  Many in the climate science community are actually advocating for "massive geoengineering" as if it has not been already going on for over 6 decades and doing nothing but harm. It is up to us all to educate ourselves and hold the climate science community to account. Climate engineering is NOT a cure, but rather it is nothing short of an all out assault on all life. Global geoengineering is making an already dire climate situation far worse, not better. Let us all march together in the fight to expose it and stop it.
Dane Wigington
geoengineeringwatch.org

40 Responses to Our Climate, It’s Not As Bad As You Think, It’s Much Worse