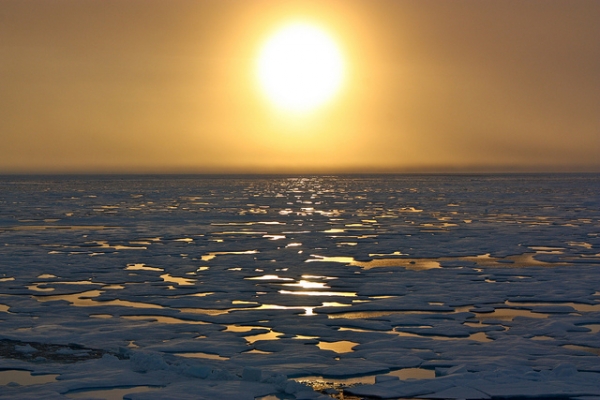 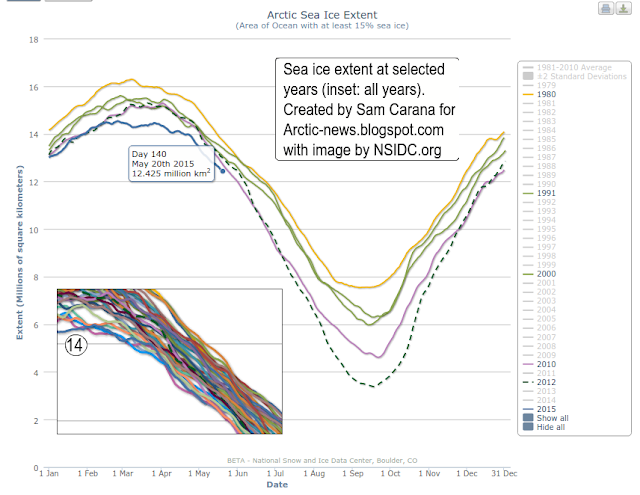 As the Arctic Sea Ice is at a historic low, Alaska faces temperatures as high as 31°C (87.8°F), as illustrated by the image below. 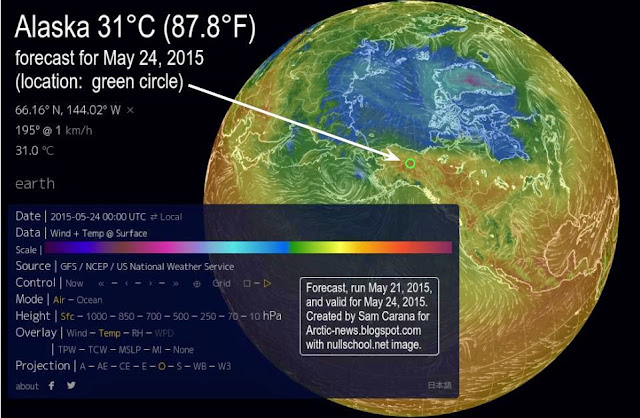 How is it possible for temperatures to get so high at locations so close to the North Pole?

These typhoons do have some impact. Importantly, global warming is increasing the strength of cyclones. In other words, a greater impact of cyclones on the jet stream can be expected as a feedback of global warming.

Furthermore, global warming is directly changing the path followed by the North Polar Jet Stream, from a relatively straight path at a latitude of 60°N to a wildly meandering path that at some places merges with the Subtropical Jet Stream and reaching speeds as high as 267 km/h (166 mph) and that at other places moves high into the Arctic and reaches speeds as high as 170 km/h (106 mph). 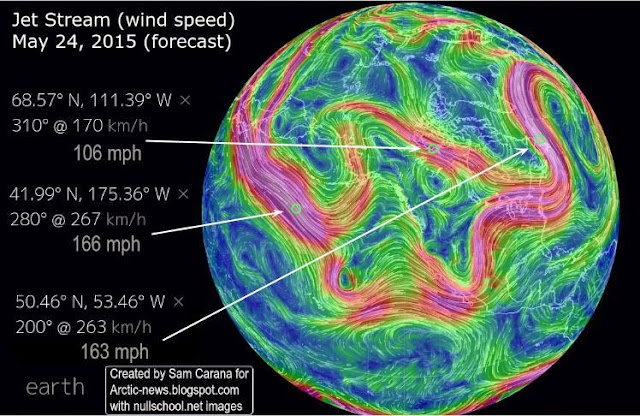 On above image, part of the jet stream even moves right across the pole. Such changes to the jet stream constitute one out of numerous feedbacks of global warming, as discussed at the feedbacks page. Decline of the snow cover and sea ice in the Arctic is another such feedback.

As discussed in earlier posts, heat waves at high latitudes cause thawing of frozen soil and melting of glaciers and snow cover, This results in large amounts of water draining into rivers that end up in the Arctic Ocean. At the same time, heat waves also raise the temperature of the water in these rivers. The larger amounts of warmer water result in additional sea ice decline and warming of the Arctic Ocean seabed.

Such heat waves also set the scene for wildfires that emit not only greenhouse gases such as carbon dioxide and methane, but also pollutants such as carbon monoxide (that depletes hydroxyl that could otherwise break down methane) and black carbon (that when settling on ice causes it to absorb more sunlight).

The big danger is that the combined impact of these feedbacks will accelerate warming in the Arctic to a point where huge amounts of methane will erupt abruptly from the seafloor of the Arctic Ocean.

The situation is dire and calls for comprehensive and effective action, as discussed at the Climate Plan page.