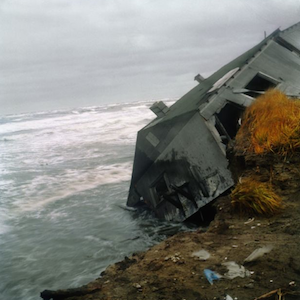 A sprawling area spanning the Arctic Circle with a population of less than 50,000, Canada's Northwest Territories has spent more than $140 million in the last two years responding to problems linked to global warming, the territory's finance minister said. 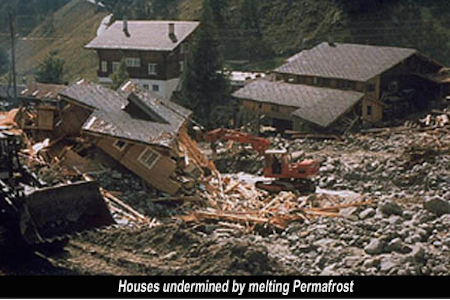 "The roads are constantly moving as the permafrost is melting… massive shore erosion is putting buildings at risk. We have spent hundreds of millions of dollars in the past few years and the tie to climate change is more and more evident."

In this windswept territory, which already relies on central government subsidies, responding to global warming is crucial for its financial survival.

A major U.N. conference in Paris in December will aim to create a new global deal to curb climate change to take effect from 2020.

But in parts of the Northwest Territories, average temperatures have already risen more than three degrees Celsius from pre-industrial levels, government officials said. 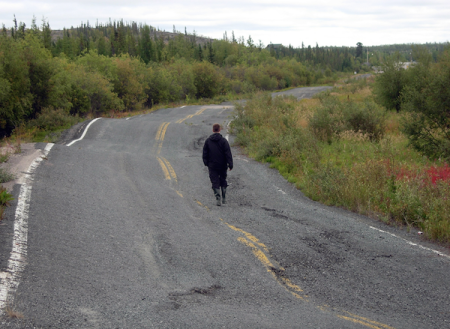 Rapidly thawing permafrost is causing countless roadways to become all but impassible.

"In Paris, we are hoping for whatever it takes to turn this (climate change) around," politician Bob Bromley told the Thomson Reuters Foundation in the territorial capital, Yellowknife.

"It's going to require all hands on deck, and willing hands."

The delicate ecosystem of the wide-skied territory, home to the indigenous Dene people, and where wolves, caribou and bison roam, has been plunged into a environmental vicious cycle.

Climate change has been linked to decreased water levels in the territory's major rivers, partly due to greater evaporation, causing a sharp contraction in hydro electric power generation.

As a result, the government has had to import more diesel, borrowing about $30 million this year alone to make up for the electricity shortfall, hurting its budget and increasing climate-warming emissions in a catastrophic feedback loop.

"It's not sustainable," said Miltenberger, the finance and environment minister.

He called on Canada's national government to provide more financial help for climate change mitigation, particularly in renewable power, to reduce the costs of importing diesel.

With a small population, and high operating costs due to its size and climate, the territory's main employers are diamond mining and the public sector. The region's indigenous people rely on the hunting of caribou as a key food source, but herds are declining, with climate change likely a significant driver.

Northwest Territories receives financial transfer payments of about $1.3 billion, or about $29,000 per resident, from Canada's national government to run public services.

Fuel trucks hauling diesel along gravel roads to small rural communities are a common site across the territory.

Generators have been working around the clock following the decline in hydro power, Scott said, and new holding tanks had to be imported to store the diesel.

"Renewable energies (including) micro hydro, solar and biomass have high capital costs in the short-term," Scott told the Thomson Reuters Foundation. "But they are sustainable versus the long-term pain of diesel."