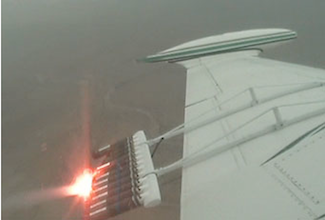 A recent routine publication in a Southern California Newspaper about a localized small scale weather modification program was touted by many as an admission to geoengineering programs, this is not the case. Though any form of weather/climate modification on any scale is harmful to the overall environment and climate system, the small scale localized weather modification programs (which are routinely and openly conducted around the world) are only used as a tool to distract the population from the inconceivably larger and more destructive global climate engineering assault. The small scale programs in question are virtually meaningless against the backdrop of the ongoing global climate engineering assault. Again, such programs are only used as a "red herring". The 3 minute video below is an exposé of this fact.

The climate modification assault against the planet MUST be exposed and halted, this effort requires all of us. The geoengineeringwatch.org activist suggestions link gives more input on how you can help, let's make every single day count in this desperate battle. Our sincere gratitude to Co Creation Productions, Inc, for producing this video.
DW